Estelle Harris, the actress best known for playing George Constanza’s mother on on “Seinfeld,” has died. She was 93 years old.

“It is with the greatest remorse and sadness to announce that Estelle Harris has passed on this evening at 6:25pm,” her son Glen Harris said in a statement provided to Deadline, which first reported the news. “Her kindness, passion, sensitivity, humor, empathy and love were practically unrivaled, and she will be terribly missed by all those who knew her.”

Harris first appeared as George Costanza’s (Jason Alexander) mother on the sitcom in 1992, in the episode “The Contest.” After that, she went to appear in 26 more episodes, including the series finale in 1998. 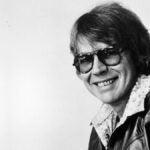 Harris also appeared in several beloved television series, including “Futurama,” “Curb Your Enthusiasm,” “Mad About You,” and more. Younger audiences would eventually come to know her as Muriel on the Disney Channel series “The Suite Life of Zack & Cody.”

The actress also found success in films, most notably lending her voice to Mrs. Potato Head in each of the “Toy Story” movies following the first one.

“Her passion was her work,” her son added in his statement. “And her work was her passion.”