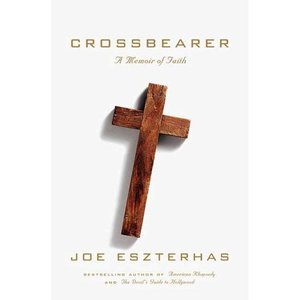 When I visited Joe Eszterhas a month ago, he told me he had a new book coming out about his rediscovered faith in Christ. But he didn’t tell me that he had hidden yet another real-life drama in its pages: a child, a daughter, given up for adoption four decades ago. Her name is Suzie Perryman, and she was born around 1967 to Eszterhas, then a Cleveland newspaper reporter, and his then-girlfriend, and given up through the local Catholic Diocese. Perryman sought out Eszterhas about a decade ago, but only really began a relationship with him after reading that he’d contracted throat cancer several years back. Then her own children were diagnosed with a degenerative disease, and Eszterhas helped his estranged grandchildren get a proper diagnosis and treatment at the Cleveland Clinic. Even so, Eszterhas describes their relationship as "a work in progress." The Plain Dealer, Eszterhas’s old employer, told the story today, and the iconoclastic screenwriter emailed me tonight that the story was "complete and accurate."

Complete? Not really. I have a ton of questions: who’s the Mom, described as a "successful set designer"? Why adoption? Any regrets? What do his other children (two grown ones from marriage A, four young ones from marriage B) think?

Eszterhas seems to have an endless supply of unrevealed personal drama. We learned in recent years his father wrote anti-Semitic propaganda for the pro-Nazi Hungarian government during the war, and that the State Department sought to deport him. We learned that Eszterhas had torrid affairs during his first marriage, most interestingly with Sharon Stone. Now this. Is there anything else Joe Eszterhas is not telling us?