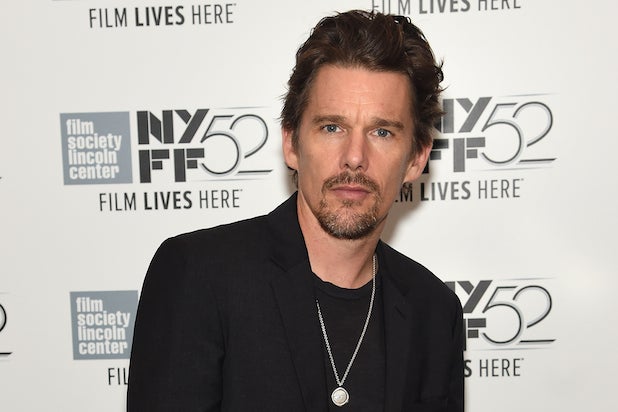 RLJ Entertainment has acquired “The Phenom,” a baseball-themed indie movie starring Ethan Hawke and Paul Giamatti, in advance of its premiere at the Tribeca Film Festival on April 17, the company announced on Tuesday.

It plans to release the movie, which also stars Johnny Simmons, in theaters and on demand on June 24. Terms of the deal were not disclosed.

The film stars Johnny Simmons (“The Perks of Being a Wallflower) as a major-league rookie pitcher named Hopper Gibson who can’t find the plate and is sent down to the minor leagues. There, he begins sessions with an unorthodox sports psychologist (Giamatti) and confronts issues with his overbearing father (Hawke).

“As an avid baseball fan, I was immediately drawn to this story but it is about much more than just the sport,” RLJ chief acquisitions officer Mark Ward said in a statement. “Ethan Hawke, Paul Giamatti and Johnny Simmons bring to the life the struggles within the sport of getting to the top and the cost you sometimes have to pay to get there.”

Jess De Leo, Senior Vice President of Legal and Business Affairs for RLJ Entertainment, along with Ward negotiated the deal with William Morris Endeavor on behalf of the filmmakers.