Ethan Hawke is set to star in and executive produce a crime drama limited series “The Whites” for Showtime.

The series is adapted by Jez Butterworth, based on Richard Price’s 2015 novel of the same name. Here’s a description of the series:

Every detective is haunted by their White Whale, the perpetrator who got away because the justice system failed. Billy Graves (Hawke), once a rising star in his department and former member of a group of well-respected cops called the “Wild Geese,” walks away from NYPD Homicide and joins the Nightwatch division, where his cases end when he clocks out— but his past comes calling when a seemingly straightforward murder case involving a White Whale unfolds, threatening his career, enduring friendships, and family. 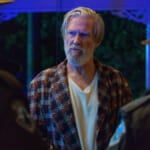 Also Read:
‘The Old Man’ EPs Explain Jeff Bridges Thriller: ‘What Happens When You Were Jason Bourne 30 Years Ago’

“The Whites” had originally been set as a film adaptation at Sony. The limited series is a Civic Center Media project in association with MRC Television. Ethan Hawke and Ryan Hawke’s Under the Influence produced the series with Rian Johnson and Ram Bergman’s T-Street.

The companies began shopping the series in April. This marks Hawke’s second collaboration with Showtime following “The Good Lord Bird.”

T-Street’s Bergman, Johnson and Nena Rodrigue will serve as executive producers. Ethan Hawke and Ryan Hawke will also EP for their Under the Influence banner, as will Butterworth and Price. The project is part of T-Street’s first look deal with MRC. 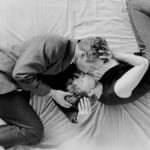