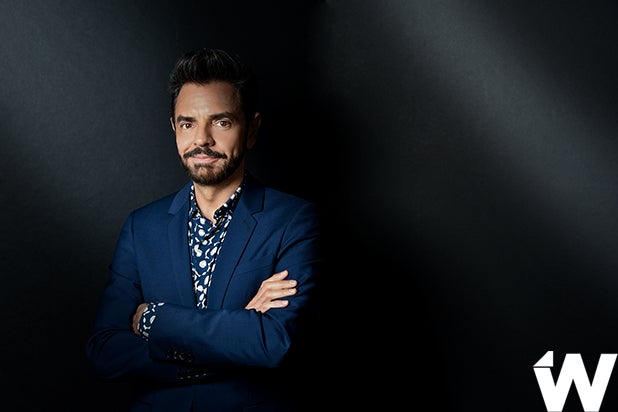 Sony Pictures acquired original comedy “The Three Tenors” and is courting Eugenio Derbez to star in what the studio aims to position as an international comedy, the company announced Tuesday.

Sony is eyeing Derbez for one of the title roles. Derbez is one of Mexico’s biggest stars, with a total box office gross of more than $150 million in that country alone. His most recent Hollywood projects were the Anna Faris team up “Overboard,” which grossed $91.2 million worldwide and “How to be a Latin Lover,” which pulled in $61.9 million.

“The Three Tenors” will be produced by Patrick Aiello, who created the story and then brought the project Columbia Pictures head Sanford Panitch, who approached Derbez to star.

“I’ve known Eugenio for many years.  He is a marvel, a wonderful person, a gifted comedian, and a genuine movie star,” Panitch said. “We are looking forward to collaborating with him on this project for him to star.”

Panitch has been an advocate at Columbia Pictures, a division of Sony, for furthering diversity of films, stories, talent and filmmakers.  “The Three Tenors” joins recent and upcoming films from the studio including “Miss Bala,” starring Gina Rodriguez, “Sicario: Day of the Soldado,” and a diverse cast in “Charlie’s Angels.” Sony’s upcoming animated Spider-Man film centers on the afro-Latino version of the superhero, Miles Morales.

Derbez, who is repped by UTA, will star in the upcoming films “Dora the Explorer,” “Angry Birds 2,” and “The Nutcracker and the Four Realms.”