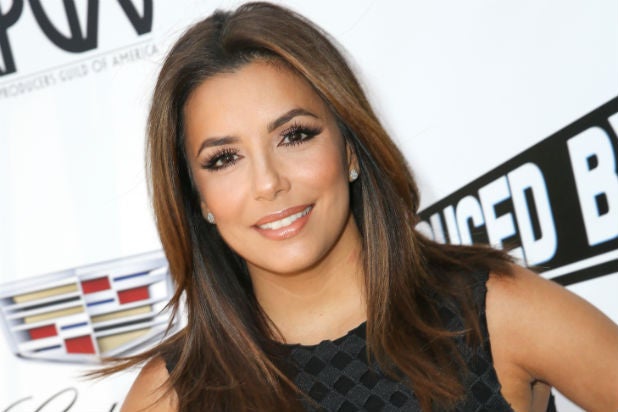 “Desperate Housewives” star Eva Longoria is headed back to ABC with — wait for it — another soapy drama. The Disney-owned network has placed a pilot order for Longoria’s “Grand Hotel.”

Set against the backdrop of a Miami Beach hotel, “Grand Hotel” centers around the family who owns the titular business, the staff who run it, and the explosive secrets they hide under the perfect exterior.

“Devious Maids” and “Desperate Housewives” scribe Brian Tanen will pen the script and executive produce along with Eva Longoria and Ben Spector under their UnbeliEVAble banner, and Oliver Bachert and Christian Gockel for Beta. The project hails from ABC Studios and is based on a Spanish format.

The network has also picked up “Three Rivers,” a single-camera comedy pilot from “Friends” writers and producers Sherry Bilsing-Graham and Ellen Kreamer.

Here’s the project’s official logline: Rebecca left her family’s Texas ranch years ago to work at an upscale hotel in New York, but after being promised ownership of the ranch by her smooth-talking cowboy dad Beau, she’s back and ready to utilize her big city tactics to turn their rustic ranch into a destination spot oozing Southern hospitality. Getting her siblings to fall in line with her vision will be the real thorn in Rebecca’s side. And that’s going to be even harder once Beau reveals a life-changing family secret.

Bilsing-Graham and Kreamer, who also worked together on “The New Adventures of Old Christine,” will write and executive produce the ABC Studios project.