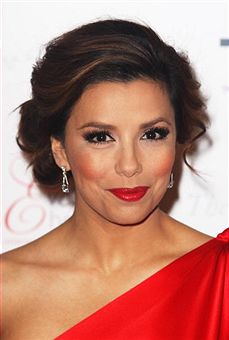 The story follows five potential buyers who lose more than they bargained for when they attend an open house in a haunted tenement building in the Bronx. Reyes has described the film as a fusion of "The Exorcist," "The Amityville Horror" and "Rosemary’s Baby."

Longoria Parker has tried several times to transition from a TV star to a movie star, but she hasn’t had much luck with her choice of projects, which include "Harsh Times," "The Sentinel," "Over Her Dead Body," "Lower Learning" and a bit part in the Farrelly brothers’ remake of "The Heartbreak Kid." The question is whether "Tenement" will do for Longoria Parker what "The Ring" did for Naomi Watts, or what "Dark Water" did for Jennifer Connelly, which was essentially nothing besides make the Oscar-winning actress look bad.

Filming on "Tenement" is scheduled to begin next month in New York.