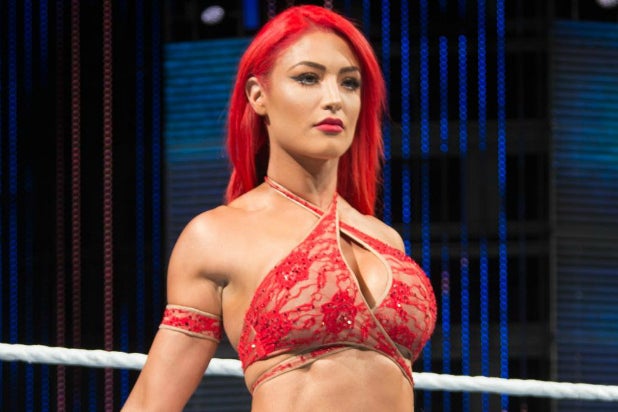 Eva Marie is a WWE Diva no more.

The professional wrestler announced her departure from the WWE in a tweet to her fans on Friday saying: “Today I’m saying a bittersweet goodbye to WWE.

“Thanks to the entire team, and YOU, my fans, for these 4 years! #AllRedEverythingForever,” she added.

Eva Marie, whose real name is Natalie Marie Coyle, signed with WWE in 2013 and soon became “manager” to the Bella Twins. She also won a role on E!’s hit reality series, “Total Divas,” as part as the main cast.

Ms. “All Red Everything” was then drafted into “SmackDown” last July but last appeared on WWE television a month later as she was suspended for 30 days on Aug. 17, 2016 for her first violation of the company’s Wellness Policy.

She was later was replaced by the Nikki Bella at SummerSlam on Aug. 21 as part of a six-woman tag team match.

Also credited as an actress and a model, it is expected that she will now begin pursuing interests outside of wrestling.