“X-Men” and “American Horror Story” actor Evan Peters is under fire on social media and has apologized for retweeting a video on his Twitter account of a foot chase involving a looter and the police.

Evans retweeted the video from the following twitter account which said, “I can watch these piece of s— looters get tackled all day!!”

I can watch these piece of shit looters get tackled all day!! #ktla #riverside @RexChapman pic.twitter.com/k0KLyxZ7Cf 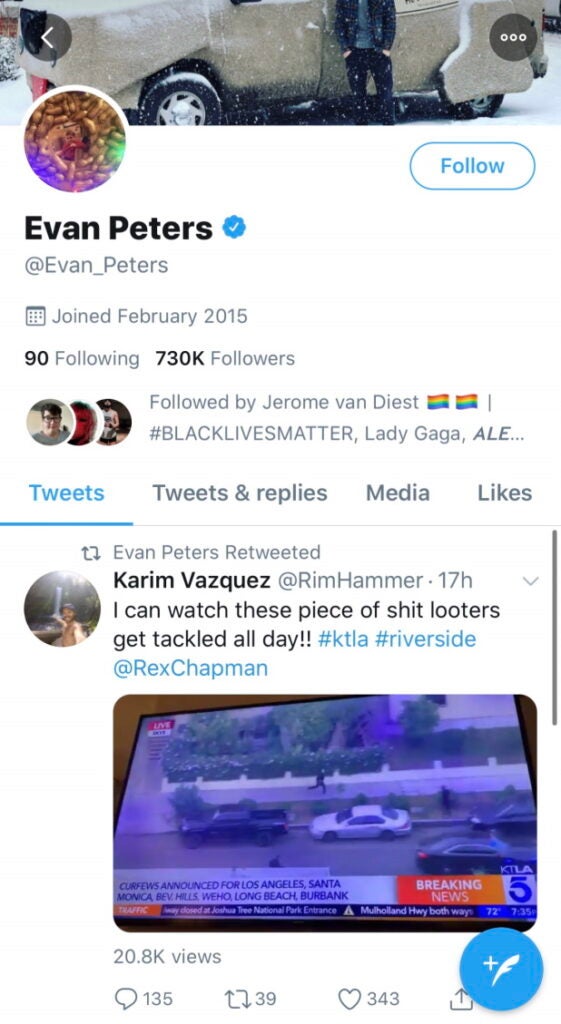 The reaction was scathing. A twitter user responded, “So @Evan_Peters has been silent about it all and then dared to break the silence by retweeting this s—? Ah, here we go again…”

Evans deleted the video and tweeted an apology. “I don’t condone the guy watching the news at all in the video which I have deleted. I unknowingly retweeted it. I’m deeply upset it got on my newsfeed. I sincerely apologize if anyone was offended. I support black lives matter wholeheartedly.”

Evans’ gaffe on Tuesday followed after “The Hills” actress Stephanie Pratt came under fire for a controversial tweet urging police to “shoot the looters.”

“Shoot the looters – using this tragedy as their excuse to rob and burn all of our towns down,” Pratt tweeted in a now-deleted tweet about protests in response to George Floyd’s death that have broken out over the past week in Minneapolis, New York, Los Angeles and Atlanta, among other cities across the United States. 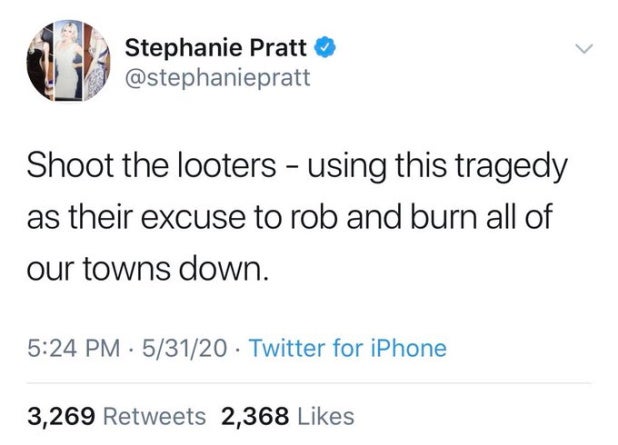 On Saturday, Minnesota Gov. Tim Walz announced that the state’s National Guard has been “fully” mobilized in response to the demonstrations, which he says have turned into “wanton destruction and chaos” and “made a mockery” of Floyd’s death.

Representatives for Peters have not responded to TheWrap’s request for comment.