Evangeline Lilly has made a public plea to Canadian Prime Minister Justin Trudeau to meet with his countrymen who are protesting vaccine mandates.

In a video shared over the weekend on the Instagram account of Bridge City News, which describes itself as offering a “grassroots perspective of news & current affairs in Lethbridge, AB, and beyond” in its bio on the social media service (its news program airs on the Christian Miracle network), the “Ant-Man” actress called the protesters “intelligent, loving, concerned citizens.”

“Why won’t you sit with them? If you are so convinced of your own reasons for the mandates, sit down and talk the leaders,” she said, repeating a claim that the group of protesters numbered 2.3 million (a Retuers fact check placed the number in the tens of thousands.) 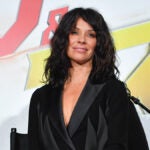 “Listen to what they have to say with a mind open to hearing things that might go against the ideas you are entrenched in,” the actress, who was born in Fort Saskatchewan, Alberta, continued. “Maybe there are solutions that could bring Canadians together right now that you have not considered.”

In her video message, Lilly also encouraged those who watched her clip to get to know those on “the other side of the divide.”

As she concluded her message, Lilly put blame on the media, saying, “Listening is the only way out of the ideological mess the media has broiled us all into.” 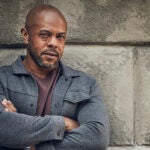 Last month, the “Lost” alum revealed on Instagram that she was among the protesters at a rally in Washington, D.C. opposing COVID-19 vaccine mandates.

“I was in DC this weekend to support bodily sovereignty while Canadian truckers were rallying for their cross-country, peaceful convoy in support of the same thing,” she wrote at the time. “I believe nobody should ever be forced to inject their body with anything, against their will.”

“This is not the way,” she continued. “This is not safe. This is not healthy. This is not love. I understand the world is in fear, but I don’t believe that answering fear with force will fix our problems. I was pro-choice before COVID and I am still pro-choice today.”

Last week, Trudeau initiated an emergencies act to try and bring an end to the protests.