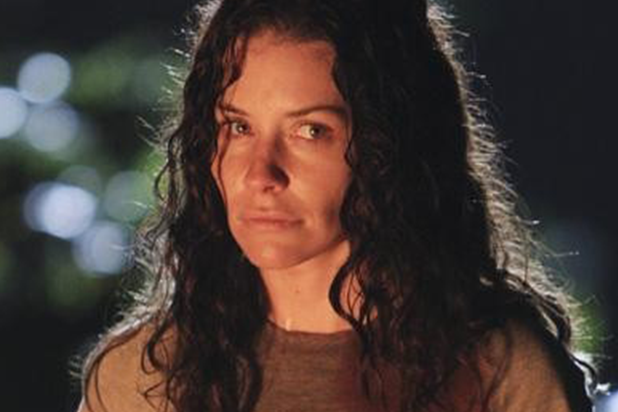 Evangeline Lilly recalled sustaining a pretty intense injury on the set of “Lost,” and blamed a bullying stunt coordinator for making her go through with it.

Speaking at a panel Wednesday night on Fox’s Los Angeles lot about women working in the stunt business, Lilly said that she expressed hesitation over a stunt she was asked to do without any protection on her forearms.

“There were open wounds, pus-y and oozing,” she said at the panel, according to Deadline, adding that the stunt coordinator was “misogynistic” and wouldn’t allow her to wear moleskin on her forearms as protection. She said that the liquid bandage New Skin was painfully applied after several of the takes. She said the stunt coordinator, who she did not name, told her the moleskin would be seen on camera.

“I looked like a mutant. My mom said, ‘You’ll never be able to wear an evening gown again!'” she said.

The stunt in question involved rolling off a tree branch and then hanging above the ground (she was harnessed to the branch to prevent falling), the actress recalled. Lilly said that she did the stunt multiple times, and each time more skin ripped from her forearms.

“I felt it was him saying, ‘I’m going to put you in your place for standing up to me,'” Lilly said of the stunt coordinator. “It was either cow to his power or hurt myself. I was in my twenties then. Now, I would probably back down.”

A rep for ABC, Lilly and studio Bad Robot did not immediately respond to TheWrap’s request for comment on the alleged incident.