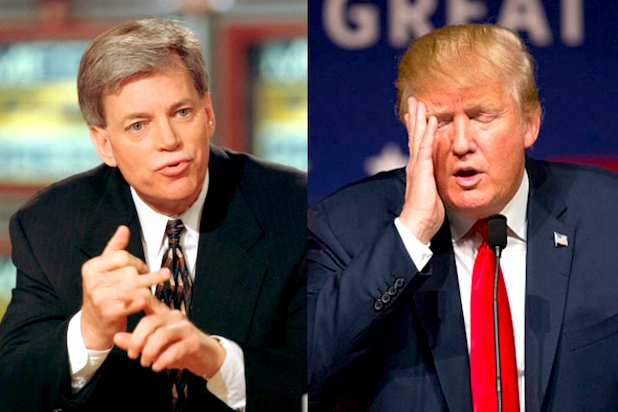 You know it’s bad when a former leader of the Ku Klux Klan is polling higher with African-Americans than you are.

In a recent poll conducted by the University of New Orleans’ Survey Research Center, ex-Grand Wizard David Duke got the support of 14 percent of black voters in his Louisiana race for a Senate seat.

In three national polls released this week, Donald Trump averaged only 2.3 percent with black voters. He did slightly better in a recent Georgia poll, where the GOP nominee received the support of about 5 percent of African-American voters. That’s a big improvement from polls done before the conventions, where Trump famously scored  zero percent of support from black voters in Pennsylvania and Ohio.

There are several caveats worth noting here: These aren’t head-to-head comparisons, because the polls were taken in different states. Also, the Duke poll was conducted on landlines only.

The GOP has tried to distance itself from Duke, who is running as a Republican. But there is no primary contest in Louisiana before the November election, so every candidate is on the ballot. If no one gets more than 50 percent of the vote  (with 24 candidates from both parties running, that’s  a definite possibility), the two top candidates will then head into a run-off election.

According to the Survey Research Center, Duke is now at 13 percent of the vote in Louisiana.

Trump’s campaign is having perhaps its roughest week. But one person who still strongly supports him? Duke.

When he announced his campaign, he said he strongly supported Trump’s positions — though he thinks the GOP nominee cribbed some of them from him.