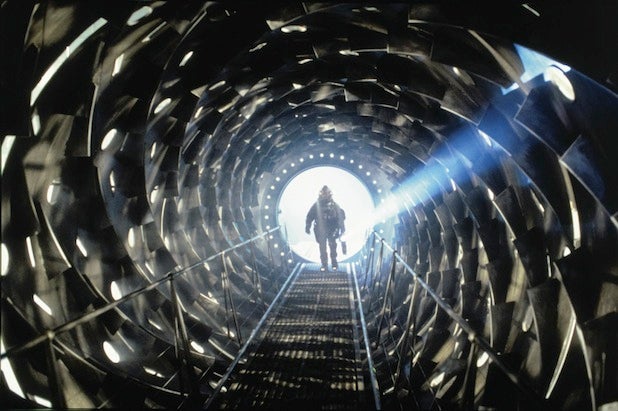 A TV series adaptation of the 1997 film “Event Horizon” is in development at Amazon.

The potential series is from Paramount Television, with “Godzilla vs. Kong” director Adam Wingard is set to direct and executive produce, an individual with knowledge of the project told TheWrap.

Wingard will executive produce with Jeremy Platt and the film’s producers Larry Gordon and Lloyd Levin. The project expands Amazon’s relationship with Paramount TV, which also produces “Jack Ryan” for the streaming service.

Wingard’s “Godzilla vs. Kong” is scheduled to hit theaters next March. He also directed the “Blair Witch” reboot, “The Guest,” “You’re Next” and “Death Note.”

Earlier on Monday, Amazon landed the global rights to Simon Pegg’s U.K. comedy horror series “Truth Seekers.” The series stars Pegg and his frequent collaborator Nick Frost as part-time paranormal investigators who team up to uncover and film ghost sightings across the U.K., sharing their adventures on an online channel for all to see.