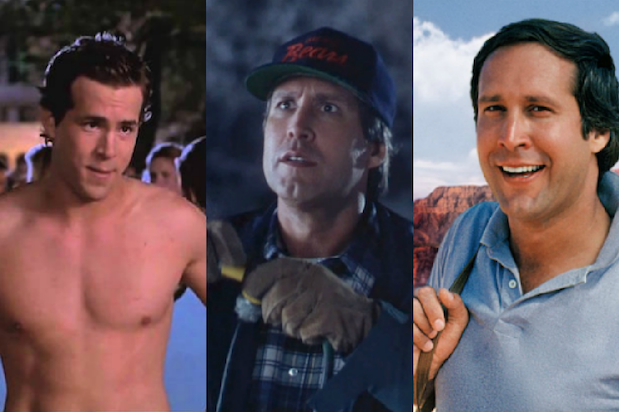 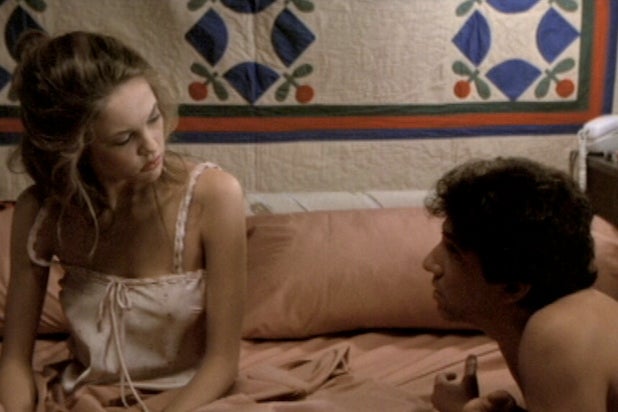 MGM/UA Entertainment Company
13. "Movie Madness" (1982) The second National Lampoon movie might not be their most immature, the most offensive or even the most amateurish, but that doesn’t make it funny. “Movie Madness” is a triptych of short films, satirizing baby-boomer dramas, hard-boiled cop films and sexy prime-time soap operas (which, yes, invalidates the whole title). The story of a guy who can’t stop having powerful revelations, and a “good” cop who keeps falling on his face, and a world in which everyone you meet is a millionaire rushing into marriage are mildly amusing... but the film never takes them further than the premise, repeating the same obvious jokes over and over again.

Warner Bros. Television
12. "Christmas Vacation 2: Cousin Eddie’s Island Adventure" (2003) The straight-to-video “Vacation” spinoff features Randy Quaid as the Griswold’s boorish and oafish Cousin Eddie, who loses his job testing nuclear radiation for side effects, but... he gets bitten by a monkey and is compensated with a free tropical getaway. Naturally, Eddie and his family get shipwrecked. There may be a few laughs in “Christmas Vacation 2,” somewhere, but good luck finding them beneath the cheap production values and tedious, uninspired gags. 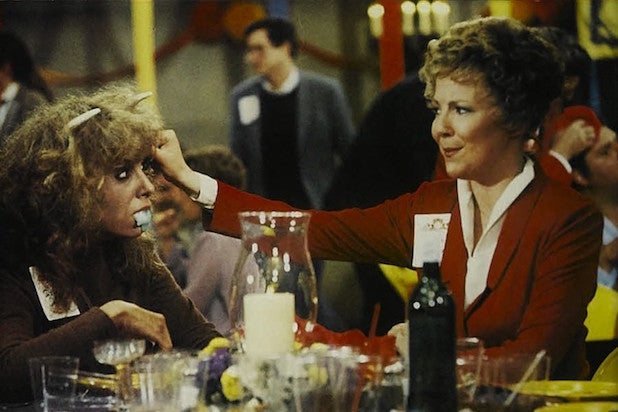 20th Century Fox
11. "Class Reunion" (1982) The slasher genre was still young when “Class Reunion” tried to lampoon the phenomenon, which is probably why the film has no meaningful observations and instead relies on a bunch of outlandish caricatures to steal whatever laughs it can get. It’s the story of a high school prank gone wrong, and then a class reunion a decade later, where characters -- including a slimeball, a snob, a vampire and a woman possessed a la “The Exorcist” -- are trapped in their old high school with a murderer. Gross humor abounds, but most of it falls completely flat. At least it’s fast-paced and bizarre. 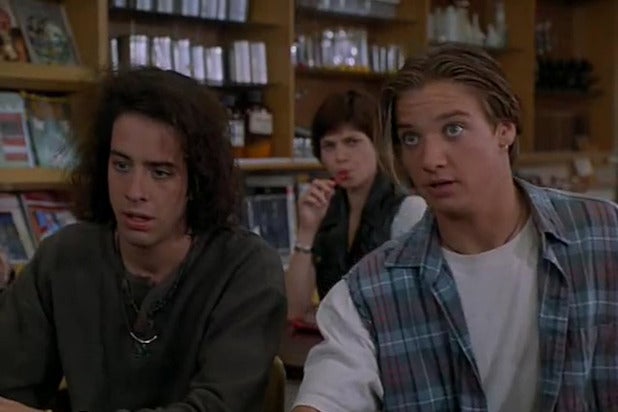 CBS Television Distribution
10. "Senior Trip" (1995) Jeremy Renner made his feature film debut in “Senior Trip” as Dags, the cool stoner teen locked in a never-ending war with his principal, played by Matt Frewer. When the class’ letter to the president gets national attention, everyone winds up on a bus (driven by Tommy Chong) to Washington, D.C., where, of course, they party really hard and stick it to the man. The young cast brings some vibrancy to the otherwise flimsy and familiar tale, and Frewer is eager to humiliate himself as the stuck-up authority figure who suffers indignity after indignity. It’s not “good” per se, but compared to some of the other Lampoon films, it almost looks that way. 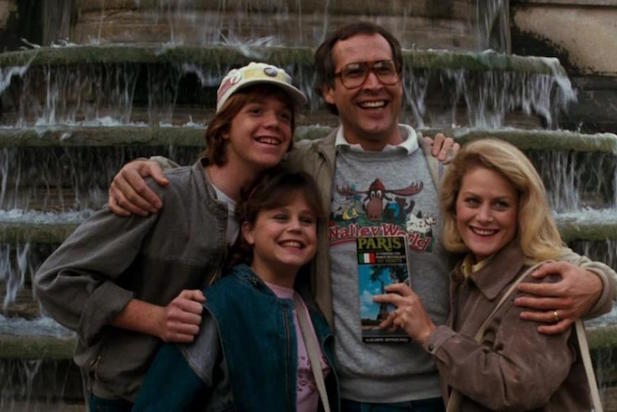 Warner Bros.
9. "European Vacation" (1985) The worst theatrically-released film in the “Vacation” series is a tedious rehash of the original, in which the Griswolds win a European vacation and wreck the whole continent. Most of the set pieces are uncomfortably unfunny, and unlike the original, which had a perspective on America which was observant and satirical, “European Vacation” does little more than take cheap shots at other cultures, which, in turn, paints the Griswolds in a very ugly light... and makes us like them less than ever. 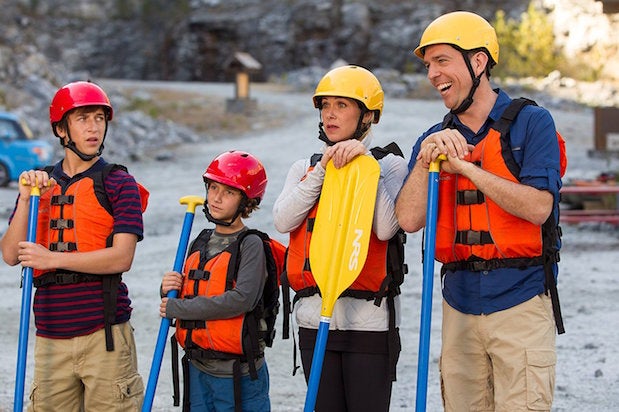 Warner Bros.
8. "Vacation" (2015) The Griswolds’ oldest son Rusty, now played by Ed Helms, decides to take his own family on a cross-country vacation, and naturally it all goes horribly wrong in one outlandish comic set piece after another. The original “Vacation” was founded on false memories of idyllic American life, and telling the story from Rusty’s perspective, now warped by nostalgia, is clever, but the cleverness ends there. Instead of whimsical subversions of our expectations we get thudding sewage jokes aplenty. Still, the remake/reboot of “Vacation” has a few comic highlights, including the jurisdictional crisis at the Four Corners Monument, the ill-fated rafting expedition, and the wacky cameo by Chris Hemsworth. 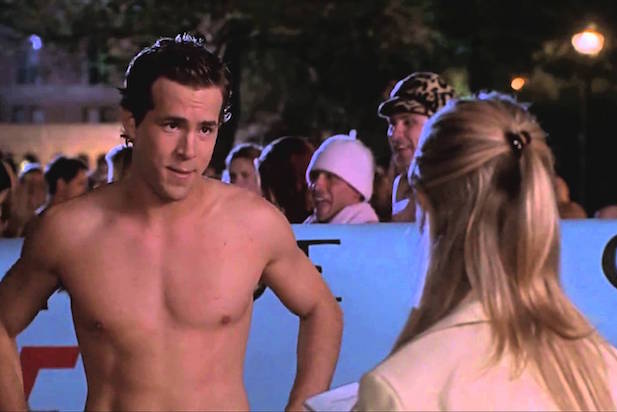 Artisan Entertainment
7. "Van Wilder" (2002) Ryan Reynolds stars in a cross between “PCU” and “Ferris Bueller,” as a college senior who’s been at the university for nearly a decade and practically runs the place. Kal Penn plays his horny personal assistant and Tara Reid is the school reporter trying to get the inside scoop on a campus legend, who she, naturally,  falls in love with. The likable cast manages to overcome (most of) the film’s laziest jokes. But even so, it’s a juvenile flick with a flimsy narrative throughline that barely drives the story forward and doesn’t earn any of its big emotional climaxes. 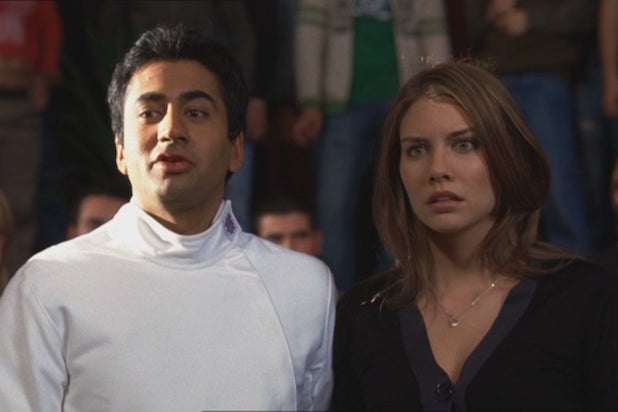 Metro-Goldwyn-Mayer
6. "Van Wilder: The Rise of Taj" (2006) The sequel to “Van Wilder” brings back Kal Penn and Van Wilder’s dog, but trades everything else in for a mostly enjoyable but very familiar “Animal House” riff set in a fictional university in England. Taj becomes the advisor to a fraternity full of outsiders, and together they combat a snobbish culture in a series of competitions. Taj also woos future “Walking Dead” star Lauren Cohan, whose obvious charisma shines through her underwritten character. It’s amazing what a difference even a simple storytelling structure makes, so even though “The Rise of Taj” isn’t as expensive or as star-studded as the original “Van Wilder,” it plays slightly better just by staying focused. 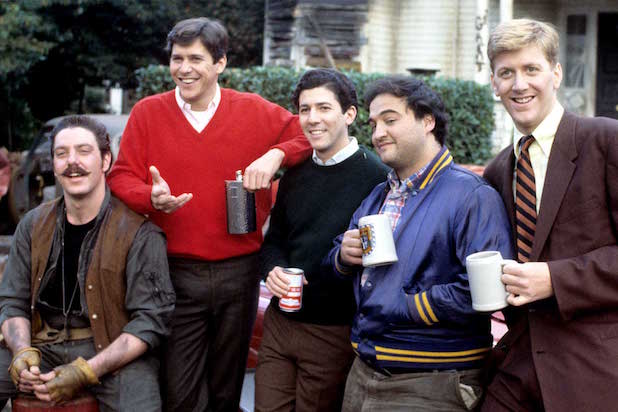 Universal Pictures
5. "Animal House" (1978) “Animal House” is a frustrating paradox. On one hand, it’s an incredibly influential comedy which spawned a whole genre of “Snobs vs. Slobs” movies and rocketed many great actors to stardom. On the other hand, it’s almost impossible to root for the so-called “heroes” of this movie. Not that the snobs are good people, by any stretch, but the allegedly heroic slobs are cruel, judgmental, sexist a-holes who commit crimes which would be unforgivable by modern standards (and don’t seem any better in historical context). It’s hard to deny the pioneering style of “Animal House” or its talented cast and historical impact, but it’s not actually very funny anymore. 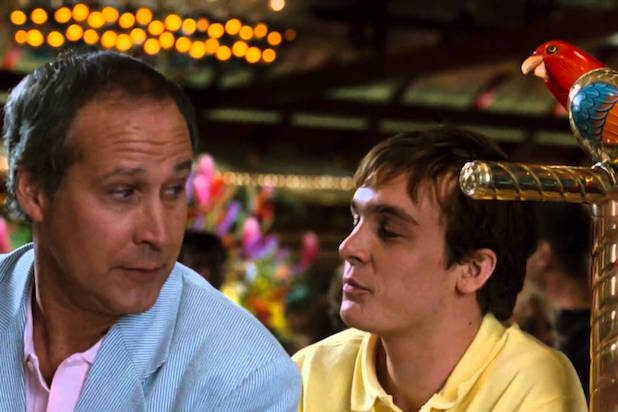 Warner Bros.
4. "Vegas Vacation" (1997) Mostly overlooked but surprisingly amusing, “Vegas Vacation,” finds the Griswolds taking a trip to Las Vegas and getting snookered into a world of decadence, gambling, addiction and celebrity. The in-jokes about Vegas are generally spot-on, and keeping the family in one place gives them an opportunity to interact with each other and to grow as characters, instead of just getting carted off to one funny locale after another. It may not be a comedy masterpiece, but there are a lot of laughs, and the story works. 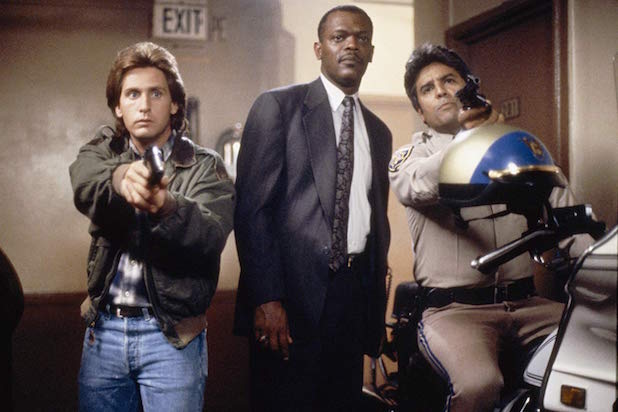 New Line Cinema
3. "Loaded Weapon 1" (1993) National Lampoon returned to the spoof genre with this consistently hilarious parody of macho action films, starring Emilio Estevez as the renegade cop and Samuel L. Jackson as the by-the-book officer, as well as a cavalcade of unexpected cameos in nearly every other role. The non-stop sight gags and puns are unusually clever and usually laugh-out-loud ridiculous. Of the many films to try to emulate the hyperactive laughs-per-minute ratio of “Airplane!,” this is one of the best. 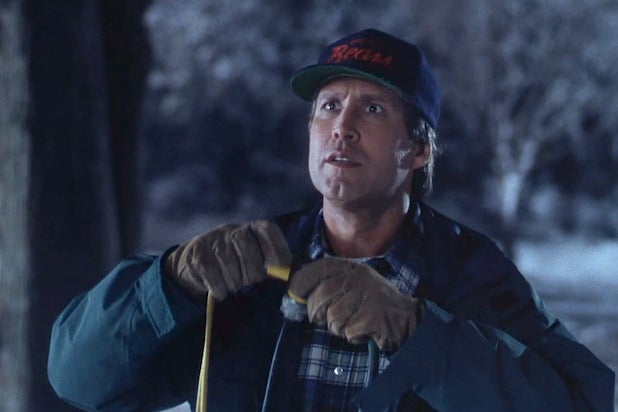 Warner Bros.
2. "Christmas Vacation" (1989) All Clark Griswold wants is to have the perfect family Christmas. That’s what makes “Christmas Vacation” so effective. Like the original “Vacation,” the third film in the series is about modest cultural expectations getting stymied at every turn by harsh realities and dumb, stupid luck. It’s hard not to sympathize with Clark’s plight, but he’s so danged unflappable that you can’t help but laugh every time something does go horribly wrong. And you’ll almost certainly howl when he finally loses it completely, in a yuletide outburst for the ages. 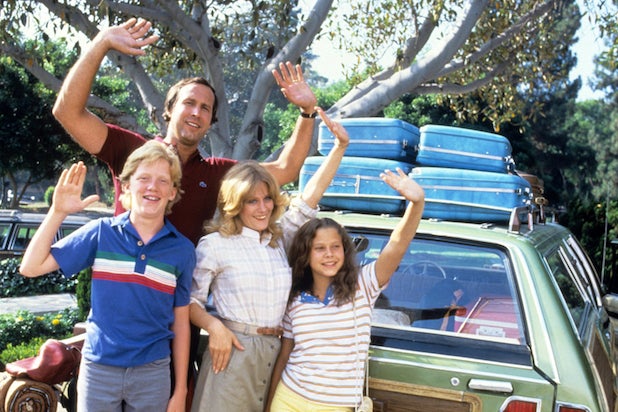 Warner Bros.
1. "Vacation" (1983) The original “Vacation” is the best National Lampoon movie. It’s also one of the best comedies of the 1980s, featuring a cast at the top of their game, an insightful (albeit sporadically problematic) script by John Hughes, and spot-on, razor-sharp direction by Harold Ramis. All Clark Griswold wants is to take his family on a cross-country road trip to Wally World. America has other plans. The universally familiar frustrations of being stuck with people who love, but don’t always like, each other makes “Vacation” connect on a personal level. The cruel reversals of fortune they face at every turn, and Clark’s stalwart dedication to staying positive, are wickedly mischievous. And the subversive attitude towards nostalgia is just as insightful as ever. Chevy Chase has never been better, and Beverly D’Angelo matches him at every turn. It’s the perfect vacation movie, and an expertly crafted lampoon of the nation.
x
Looks like you're enjoying reading