“Everybody Loves Raymond” creator Phil Rosenthal tried to ride the nostalgia wave that fellow ’90s sitcom “Friends” did with a reunion show. Unfortunately, he was the only one.

“I’ve pitched to now a couple of different places. We can do a reunion special. We can tell stories of the things that have happened to us at home, and then show a clip of the ‘Raymond’ episode, and I think it will be entertaining and funny and you’ll get a chance to catch up with the cast as they are now. And it seemed to work for ‘Friends’ and, uh, no takers,” Rosenthal said during a taping of SiriusXM’s “Pop Culture Spotlight With Jessica Shaw” that will air Tuesday (via Entertainment Weekly). 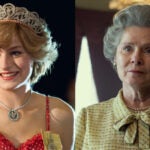 Also Read:
‘The Crown': Emma Corrin on Imelda Staunton’s Look as Queen – and How Elizabeth Debicki Will Approach Diana

“Everybody Loves Raymond,” which starred Ray Romano, Patricia Heaton and Brad Garrett, ran for nine seasons from 1996 to 2005 on CBS. The sitcom won 15 Emmys during its run.

A reunion for “Everybody Loves Raymond” wouldn’t have the same effect as the long-awaited “Friends” one did, given that four of the show’s actors, including two of its main cast, have since died: Doris Roberts and Peter Boyle, who played Romano’s parents, and Georgia Engel and Fred Willard, who played Garrett’s in-laws.