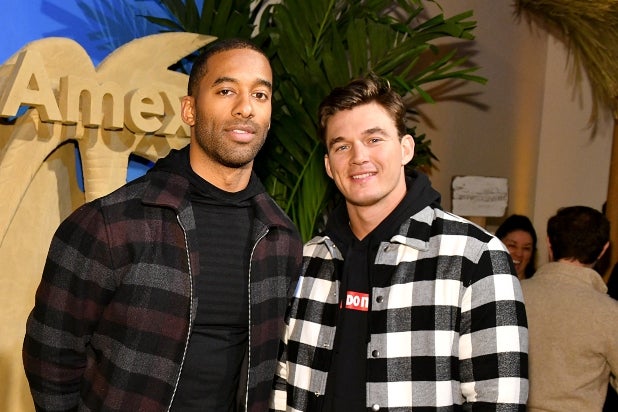 Matt James was revealed to be the new “Bachelor” on Friday morning, making him the long-running ABC franchise’s first black male lead.

But even fans who have seen every episode of “The Bachelor” and “The Bachelorette” may not be familiar with who James is.

He’s new to the franchise, and unlike most Bachelors, he has never competed on a season of “The Bachelorette.” He came pretty close with Clare Crawley’s season, on which he was meant to compete in May, but it was postponed due to the coronavirus.

Fans may know him from his Instagram, however, where he already had a large following before he was cast and has since shot up to 272,000 followers — or from following Tyler Cameron, his  best friend and star of Hannah Brown’s season of “The Bachelorette.”

Cameron’s popularity grew within the franchise as he made it to runner-up on Brown’s season, which aired last May, and he quickly became a fan favorite — leading “Bachelor” fans to start suggesting that his best friend, James, join the franchise as well.

According to People, it was Cameron’s late mother who suggested James sign up to be on the next season of “The Bachelorette.” The two friends met in Winston-Salem, North Carolina when they were teammates on Wake Forest University’s football team.

James’ LinkedIn page lists him as having a brief stint as a professional football player for the New Orleans Saints. After that, he worked as a corporate and institutional banking analyst at PNC, and is currently an associate at the real estate company CBRE. He is also the founder of ABC Food Tours, a program that partners with schools to give free, educational food and fitness tours to students that are directly affected by homelessness.

A person with knowledge of the situation told TheWrap that James will no longer be competing on Crawley’s season — the reason likely being that if he were to get engaged to her at the end, he would no longer be able to be the Bachelor. Longtime host of the franchise Chris Harrison has also said that Crawley’s suitors will likely not all return when production resumes on her season.

During his “Good Morning America” appearance on Friday, James said being cast as the first Black male lead was “an honor.”

“I’m just going to lean into myself and how my mom raised me, and hopefully when people invite me into their homes on Monday nights, they’re going to see that I’m not much different from them and they see that diverse love stories are beautiful,” he continued.

Before James, the only other black lead in the franchise was Rachel Lindsay, who was “The Bachelorette” in 2017. In addition to being the first Black bachelor, James is the first lead in the last 29 seasons of both arms of the franchise to be a newcomer. Typically, the next Bachelor is chosen from one of the previous seasons of “The Bachelorette.”

James’ casting comes amid global protests for the Black Lives Matter movement in the wake of George Floyd’s killing by Minneapolis police, and a statement earlier this week from Lindsay vowing to quit the franchise if it didn’t take a hard look at its “systemic racism” across 40 seasons. That was followed by an online petition demanding ABC to cast its first Black Bachelor.

But the network claims it already had its eye on James and that the choice had nothing to do with Lindsay’s statements.

“It wasn’t a response to that. We could have made this announcement earlier or later,” Robert Mills, head of alternative programming at ABC, told Variety.

“Matt was somebody who was on our radar and we were thinking about him,” he continued. “We were thinking do we announce him early, or do we put him on Clare’s season and then announce him later, if it doesn’t work out with Clare? We didn’t make a final decision until recently, but this has been talked about for quite some time.”

Lindsay has also questioned the network as to why they chose not to select Mike Johnson as last season’s Bachelor instead of Peter Weber, both of whom competed alongside Cameron on Brown’s season of “The Bachelorette” and were also fan favorites.

Observing that Johnson seemed to “check all the boxes” that ABC looks for when selecting the Bachelor, she commented, “the system isn’t working in giving us a Bachelor who is a person of color. So we need to change the system.”

Also Read: 'The Bachelor' Sets Greatest Hits Season for This Summer in Place of Postponed 'Bachelorette'

But in an interview with Entertainment Tonight, Lindsay said she had been told that ABC had a specific “reason” why they hadn’t chosen him.

“I was told there was a reason. What that reason may be, I don’t know,” she said. “I wasn’t given a specific answer.”

“Maybe they can’t specifically tell me why they didn’t choose him,” she continued. “And I think if they could tell us, they would, because it just looks so bad that they didn’t pick him… I mean, Michael Johnson was a gift. To me, it was an easy decision, but I’m not in the decision room.”

Johnson has since released a video congratulating James on his casting and telling fans “don’t feel bad for me at all.” Watch that video here.