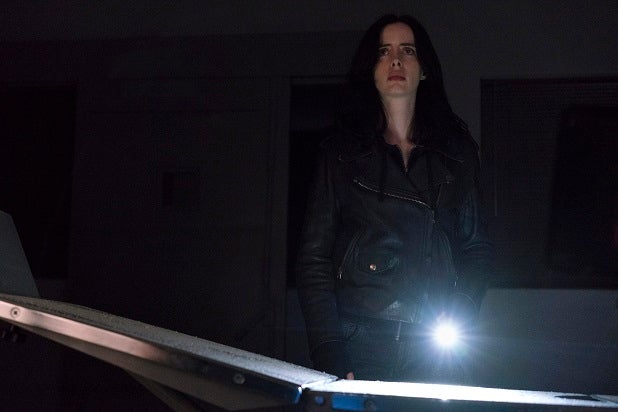 It’s been almost three years since the first season of “Jessica Jones” found the hard-drinking detective fighting to stop the supervillain Kilgrave. That’s a long time between seasons, and while Jessica has popped up in the Marvel Netflix-verse since then — on “The Defenders,” specifically — it’s still tough to remember everything that went on in “Jessica Jones” Season 1.

Getting prepped for Season 2 requires remembering a few key characters and concepts, including a few people who tried to kill Jessica, and a few other people who might have helped create her. Here are all the key players and concepts from “Jessica Jones” Season 1 (and a bit from “The Defenders”) you need to know for the show’s return.

The climax of Season 1 saw Jessica finally taking down Kilgrave, ending his reign of mind-control mayhem and saving a bunch of lives. Throughout the show, most people couldn’t even be convinced that Kilgrave existed, and he managed to kill a whole mess of people before Jessica tricked him, got in close, and broke his neck in front of tens of people he’d controlled and forced to try to kill each other. It was the right thing to do, sure, but Jessica is still haunted by it, even after her team-up turn with other heroes in “The Defenders.” When someone tries to hire Jessica as a hitwoman in the first episode and references that deservingly snapped neck, Jessica loses it a bit. She might be a super-powered detective who occasionally beats up baddies, but she’s not happy about having killed someone — even someone as depraved as Kilgrave.

Also Read: 'The Defenders': Here's What We Learned, and Questions We Still Have

The organization known as IGH is a paramilitary group, headed by a doctor called Kozlov, that worked to enhance soldiers’ combat capabilities through drugs and reducing their pain sensations. Those drugs aren’t without their side effects, though, and experiments caused some soldiers — including William Simpson — to lose control and kill innocent people. The group also apparently paid Jessica Jones’ medical bills when she was in the hospital as a child, following the car accident that killed her family and injured her. IGH apparently experimented on Jessica during that time, which is likely responsible for her superpowers.

Jessica’s adopted sister and best friend, Trish is a journalist with a radio show called “Trish Talk.” She was a former child actor who starred in a show called “It’s Patsy,” which gave her fame well into adulthood. Her mother, who acted as Trish’s manager, was abusive, and the pair have a rocky relationship in the present. As a child star, Trish was an addict, and has been sober for the last 10 years. She also has wished she could have powers the way Jessica does, so she could use them to do the good she struggles to accomplish as a journalist (and in the Marvel comics universe, she actually is one — Hellcat).

A former New York City police officer, Simpson was mind-controlled by Kilgrave and turned into a weapon against Jessica and her friend and adoptive sister, Trish Walker. He formerly was a special forces soldier who was part of IGH’s experiments, but left the program and the military after IGH’s performance-enhancing drugs caused soldiers to lose control, specifically during a mission in Damascus.

After Jessica saved Simpson and snapped him out of Kilgrave’s control, Simpson started a relationship with Trish and became obsessed with stopping Kilgrave. He didn’t agree with Jessica’s methods, which found her trying to avoid collateral damage to innocent people under Kilgrave’s control, and so returned to Dr. Kozlov and re-enrolled in the IGH enhanced soldier program. The drugs started to cause him to lose control again, though, and he killed another IGH soldier and a police officer, and also tried to kill Jessica. Trish Walker managed to knock Simpson out cold, and IGH recaptured him afterward.

Lawyer Jeri Hogarth is a partner at Hogath, Chao and Benowitz. She used to work frequently with Jessica Jones, hiring her as an investigator in various cases. That is until she became embroiled in the Kilgrave case. As Jessica was hunting Kilgrave, Jeri worked to help prove his existence. During that time, Jeri was having an affair with her secretary, Pam, which Jeri’s wife, Wendy, discovered. Wendy started divorce proceedings, but later was enthralled by Kilgrave and ordered to kill Jeri. In the ensuing scuffle, Wendy was killed.

After Jessica killed Kilgrave, it was Jeri who defended her and convinced the police that Jessica wasn’t responsible. Jeri has also popped up in Netflix’s other Marvel shows. She hired the former partner of “Daredevil” Matt Murdock, Foggy Nelson, to work in her firm, and helped “Iron Fist” Danny Rand prove his identity when he returned to New York.

Jessica’s neighbor Malcolm spent much of Season 1 being a strange, strung-out junkie, but Jessica befriended him somewhat anyway. As Jessica’s quest to find and stop Kilgrave picked up speed, though, she realized that Malcolm was actually reporting to the supervillain, thanks to Kilgrave’s mind-control powers. In fact, Malcolm had once been a social worker, but Kilgrave used his power to turn Malcolm into a drug addict to get him close to Jessica, and then supplied him with drugs in exchange for photos and information. Jessica saved Malcolm from Kilgrave’s control and encouraged him get clean. After he fought off his addiction, got clean and helped Jessica on the Kilgrave case, Malcolm came to work for her at Alias Investigations.

Jessica and “The Defenders”

During the events of “The Defenders,” Jessica teamed up with Luke Cage, Danny Rand (Iron Fist) and Mat Murdoch (daredevil). Together they defeated The Hand, though Murdoch was seemingly killed during the final battle. (Don’t worry, he secretly survived, though no one else knows.) As “Jessica Jones” season 2 kicks off, Jessica is apparently deeply affected by Murdock’s apparent demise, and angrily resists any suggestion she should act like a superhero.