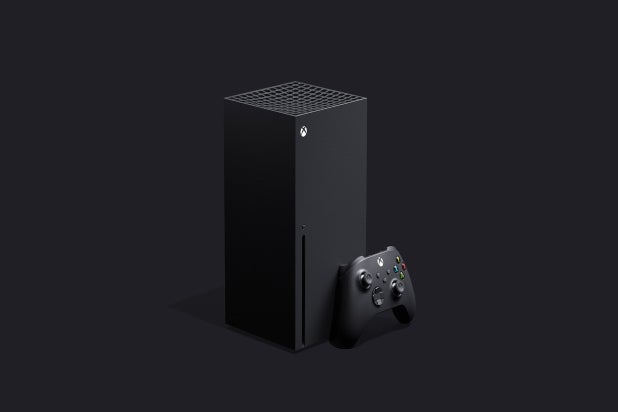 Microsoft’s Xbox Series X will hit shelves this holiday season, and the fourth generation of the Xbox promises to change the game once again, offering better graphics and faster loading speeds. The successor to the Xbox One X was originally announced at E3 2019, under the mysterious moniker “Project Scarlett.” Since then, Microsoft and Xbox head Phil Spencer have worked to give fans a thorough look at the new console and what it will contain at launch.

“Compared to the previous generation, Xbox Series X represents a superior balance of power and speed in console design, advancing on all technological fronts to delivering amazing, dynamic, living worlds and minimize any aspects that can take you out of the experience,” Spencer wrote on the Xbox blog. “Our job at Team Xbox is to give teams the tools they need to achieve their ambitions and tap into the console’s power with efficiency… Raw power is just part of the story.”

Here are the top details we’re looking at right now.

Price
Microsoft announced in September the Xbox Series X will go on sale for $499. A smaller, more affordable version of the new hardware with slightly less storage called the Xbox Series S will retail for $299.

Its HD predecessor the Xbox One X retails for roughly $500 with a one-terabyte hard drive. Spencer told The Verge last November that “a learning from the Xbox One generation is we will not be out of position on power or price.”

Games and Game Engine
The commercial success or failure of both the upcoming PS5 and Xbox Series X will be determined largely by what games each hardware-maker is able to offer. Xbox originally promised a console launch with its flagship title “Halo Infinite,” but that game’s development is delayed and studio 343 Industries said players must wait until 2021 to play. Xbox did promise to exclusively add “HellBlade II”to its launch lineup and will also make a number of older games backwards-compatible with the new console.

Xbox also adds “Fortnite,” 2K’s “NBA 2K21,” Bandai Namco’s “Scarlet Nexus,” “Yakuza: Like a Dragon,” horror game “Scorn,” “Bright Memory: Infinite,” “Chorus,” dinosaur-fighting title “Second Extinction,” puzzle game “Call of the Sea” and cyberpunk RPG “The Ascent” to its lineup of games optimized for the next-generation console. The Xbox Series X will also host sci-fi horror game “The Medium,” racing game “DIRT 5” and “Vampire: The Masquerade — Bloodlines 2,” a title from White Wolf Publishing where the player is a bloodthirsty vampire roaming the streets of a haunted Seattle. Some of these titles, including “Scarlet Nexus” and Ubisoft’s viking epic “Assassin’s Creed Valhalla” are expected to also launch on PC and PlayStation.

Controllers
Unlike Sony, which decided to drastically alter its controller design for the next-gen PS5 console, Xbox opted to stick to the familiar. The Xbox Series X controllers will look almost identical to previous versions, with a few additions — including textured grips, a hybrid directional pad and the ability to “quickly pair with, play on, and switch between supported consoles, PCs, and mobile devices,” Microsoft said.

Specifications
Most of the Xbox Series X games will be produced in 4K high-definition resolution and the console will use 12 teraflops of power to run the games at up to 120 frames per second (the average computer refreshes at only 60 FPS).

The Xbox Series X will support one terabyte of storage, which players can expand by purchasing additional one-terabyte storage card that plugs into the back of the console. It is unclear whether the new Xbox will be compatible with third-party storage drives or if Xbox will look to force players to buy its own. Xbox is also trying out a new method of delivering games which it calls Smart Delivery — which essentially helps players get the best-looking versions of games from earlier consoles. Players who buy a game that launched on Xbox One will automatically receive an upgraded Xbox Series X game for free when the new hardware arrives.