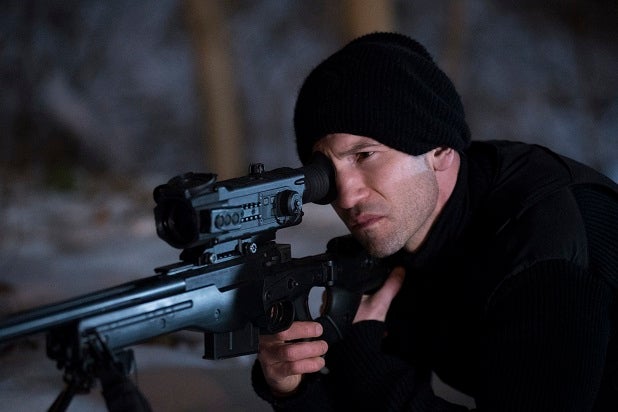 The latest standalone Marvel series to come to Netflix isn’t quite as standalone as most viewers might expect. The story told in “The Punisher” is a direct sequel to the events of the second season of “Daredevil,” and knowing what went on in that story is important to following the events of the new series.

When we first meet Frank Castle, the vigilante nicknamed “the Punisher,” he’s in New York hunting bad guys. But through the course of “Daredevil,” we learn a lot about Frank’s backstory and what’s driving him — and it’s a lot bigger than just taking out a few random baddies.

If you can’t remember the goings-on of “Daredevil,” though, you might be a little lost when you fire up “The Punisher.” Here’s a quick rundown of everything that’s happened to Frank so far.

When we first catch up with Frank Castle in “Daredevil,” he’s attacking three gangs in New York in retaliation for the murder of his family. Castle, a decorated Marine, served in the Iraq War. On the second day after he returned home to his wife and two children, he took them to Central Park to ride the carousel there. The family wound up in the crossfire of a three-way gang fight between the Kitchen Irish, the Dogs of Hell biker gang, and a Mexican drug cartel. All three were killed, and Frank was shot in the head and lapsed into a coma.

While he was in the hospital, District Attorney Samantha Reyes put a Do Not Resuscitate order on Castle. Frank survived despite briefly flatlining and then escaped the hospital, but at the time, didn’t know about the DNR order or where it came from.

Frank sought revenge against the three gangs and started executing their members with military precision. His vigilante attacks earned him the nickname “The Punisher” from the New York DA’s office.

But there was more to the shooting of Castle’s family than it appeared, and it soon came to light that Reyes’ DNR on Castle was to cover up her involvement in the shootout in Central Park. Reyes actually organized the meeting between the three gangs as part of a sting operation in an attempt to catch a drug kingpin called the Blacksmith. But the Blacksmith never showed, the sting failed and the three gangs wound up in a shootout together, killing Castle’s family.

Castle was convicted, but managed to escape prison. After he did, someone killed Reyes and other people responsible for sending Castle to prison. When Karen was targeted, Castle saved her, and in so doing convinced her that he wasn’t responsible.

Castle eventually tracked down the Blacksmith and discovered his real identity: Colonel Schoonover, Castle’s commanding officer during the war. Schoonover got into the heroin trade in New York using product he sourced during his time in the Middle East, and it was his actions that helped cause the death of Castle’s family.

At the end of “Daredevil” Season 2, Castle killed Schoonover and saved Karen. He stole Schoonover’s arsenal of guns to go on being the Punisher, and Frank’s story ended with him receiving a CD from a mysterious person called Micro.

“The Punisher” picks up almost exactly where “Daredevil” leaves off, with Frank still hunting the last of the gangsters responsible for his family’s deaths.