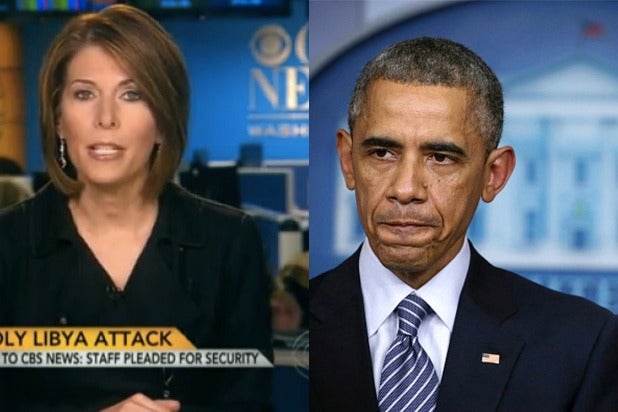 Sharyl Attkisson, who resigned from CBS News last year over claims the network stifled critical reporting against President Obama, has filed a lawsuit against the Obama administration alleging it oversaw illegal surveillance and hacked her computer.

In a series of court documents, Attkisson cites three different computer forensic exams she initiated that found hackers monitoring her work between 2011 and 2013, while she was still at CBS News. She is suing for $35 million.

During that time period, Attkisson reported on stories critical of the Obama administration, including the Benghazi consulate attack on September 11th, 2012, and the “Fast and Furious” drugs- and firearms-trafficking story.

“I just think it’s important to send a message that people shouldn’t be victimized and throw up their hands and think there’s nothing they can do and they’re powerless,” Attkisson told Fox News’ Howard Kurtz.

In the lawsuit, Attkisson claims Obama administration hackers installed and refreshed software on her computer system to steal data and monitor her activity. Attkisson also claims her Skype account was hacked.

Last year, the Department of Justice steadfastly denied Attkisson’s claims: “To our knowledge, the Justice Department has never compromised Ms. Attkisson’s computers, or otherwise sought any information from or concerning any telephone, computer or other media device she may own or use.”

Also Read: CBS’s Steve Capus on How Media Covers Race: They Act Like Kids on a Young Soccer Team

She has appeared on Fox News, MSNBC and CNN in recent months espousing these views and also published a book, “Stonewalled,” in November, 2014. In it, she wrote that a source provided her with the name of the Obama administration official who hacked her computer, but Attkisson would not reveal the source’s identity during TV interviews.