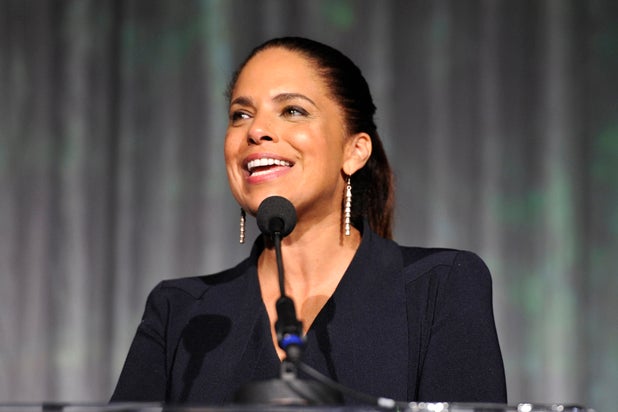 Former CNN anchor Soledad O’Brien took to Twitter Monday to call out her old employer, attacking the media organization over what she said was a lack of diversity in its executive ranks.

“CNN needs more people of color working in the executive, decision-making ranks. Obviously,” she tweeted in response to an article that included a subhead asking “how black” the new child of Prince Harry and Meghan Markle will be.

Markle, who is American and biracial, married Prince Harry during a lavish ceremony at Windsor Castle last May, and the couple announced the birth of their baby son on Monday.

O’Brien did not immediately respond to a request for comment from TheWrap.

Also Read: CNN Contributor Says Democrat 'Can Shoot My Dog' So Long as They Can Beat Trump in 2020 (Video)

The piece by CNN reporter John Blake was actually attempting to condemn those asking about the race of the new royal, warning that it played into harmful stereotypes.

“Here’s why we should be cautious,” Blake wrote immediately after the subhead asking “how black” the child would be. “The royal baby watch has already resurrected some of the most dangerous stereotypes about race. And in many cases, the commentators who are reinforcing these stereotypes are totally unaware of the damage.”

“Hey Jeff Zucker, Amy Entelis, Ken Jautz and the @CNN leadership team,” Martin said, calling out CNN leaders by name. “THIS is why [The National Association of Black Journalists] has called y’all out on no Black executives. This is one of the dumbest headlines this year. WTF?!”

As Martin alluded to, CNN has faced criticism in the past over a lack of diversity in the C-suite. In March, NABJ said they were placing the network on “special media monitoring list” over the issue.

“The National Association of Black Journalists (NABJ) is concerned about the lack of black representation within the ranks of CNN’s executive news managers and direct reports to CNN President Jeff Zucker,” they said.

A rep for CNN directed TheWrap to a response from Blake.

“Those who read my entire piece will understand the context. The analysis specifically addresses why classifying a child as X% black is a trap. It’s the language & racial ideas from the Jim Crow era. That’s the exact point of the our actual headline,” he said on Twitter.