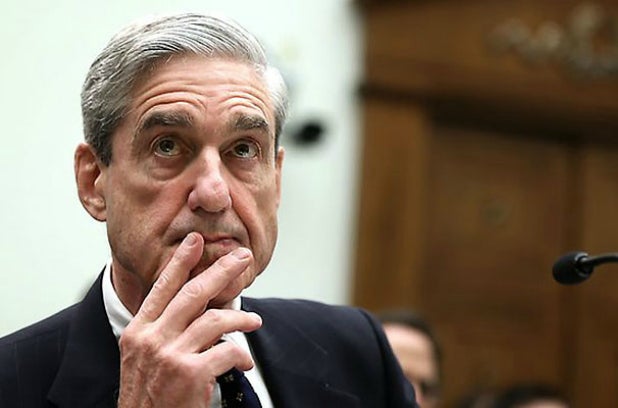 The Justice Department appointed Robert Mueller, who preceded James Comey as head of the FBI, to serve as a special counsel overseeing the investigation into possible Russian meddling in the 2016 election, Deputy Attorney General Rod Rosenstein announced on Wednesday.

Mueller’s appointment could signal a turning point in the investigation into Russia’s role in the presidential election and raises the stakes for President Trump. His firing of Comey last week intensified questions about whether he was trying to cover up collusion between his campaign and Russia.

“I determined that it is in the public interest for me to exercise my authority and appoint a Special Counsel to assume responsibility for this matter,” Rosenstein said in a statement. “What I have determined is that based upon the unique circumstances, the public interest requires me to place this investigation under the authority of a person who exercises a degree of independence from the normal chain of command.”

Through his lawfirm, WilmerHale, Mueller told TheWrap in a statement: “I accept this responsibility and will discharge it to the best of my ability.”

The decision comes just one day after the New York Times reported that the president attempted to shut down an FBI investigation into former national security adviser Michael Flynn by telling Comey to “let it go,” and just two days after the Washington Post reported that Trump revealed highly classified information in a meeting last week with Russian officials.

“My decision is not a finding that crimes have been committed or that any prosecution is warranted. I have made no such determination,” Rosenstein said, adding that “Mueller will have all appropriate resources to conduct a thorough and complete investigation, and I am confident that he will follow the facts, apply the law and reach a just result.”

Mueller has agreed to resign from his private law firm in order to avoid any conflicts of interest.

Also Read: Where Are the Republican Lawmakers, White House Surrogates to Defend Trump on TV Since Comey Memo Broke?

The special counsel will answer to Rosenstein and, by extension, to the president. But Mueller would have greater autonomy than a U.S. attorney.

“As I have save said many times, a thorough investigation will confirm what we already know — there was no collusion between my campaign and any foreign entity,” Trump said in a statement Wednesday afternoon. “I look forward to this matter concluding quickly. In the meantime, I will never stop fighting for the people and the issues that matter most to the future of our country.”

Mueller is a respected figure in the law enforcement community. He took over the FBI a week before the Sept. 11, 2001 terror attacks and oversaw the bureau’s subsequent investigation — the largest in the bureau’s history. He is the second-longest FBI director in history, only behind director J. Edgar Hoover.

The call to action was also signed by 65 organizations, including the American Civil Liberties Union, EMILY’s List, People for the American Way and MoveOn.org.

No one would suggest Rosenstein acted at the behest of celebrities. But their interest did reflect the growing intensity of the demands, especially from the left, for answers about Trump and Russia.

“There is evidence indicating the Trump campaign may have colluded with the Russian government in this interference,” said the letter, obtained by TheWrap.