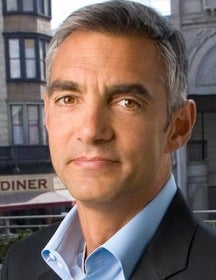 The marketing role is key: Liguori has strong roots in promotion and it’s frequently cited as one of his strong suits. He’ll also be part of the senior team setting the course for Discovery’s programming. And he’ll also serve as what Discovery calls the "lead executive" representing the company’s interests in the 2011 launch of OWN: The Oprah Winfrey Network and a new partnership with Hasbro that will result in the rebranding of Discovery Kids.

Liguori will join the company Jan. 19.

"Peter has been one of the most successful leaders in the media industry over the past 25 years, and has a keen eye for standout marketing and distinctive, compelling content," Zaslav said. "He brings to Discovery managerial depth and extensive relationships with the creative community that will be major assets as we continue to build our existing brands, launch new services and create additional opportunities for growth."

Liguori unexpectedly left Fox last spring. Despite a general perception that he had been very successful in his four-year tenure at the network, there was no room for Liguori at Fox once owner Rupert Murdoch decide to install another well-respected executive, Peter Rice, at the network in the wake of Peter Chernin’s exit from News Corp.

At Fox, Liguori was chairman of entertainment at Fox Broadcasting(though Discovery’s PR team wrongly demoted him to president of the division in the press release announcing the appointment).

More recently, Liguori had been serving as a consultant at Comcast as the company moved to acquire a majority stake in NBC Universal.

"When you look across the media landscape, there is simply no better positioned company than Discovery Communications," Liguori said. "(I) look forward to being part of this dynamic and creative organization and helping to accelerate the company’s already substantial momentum."