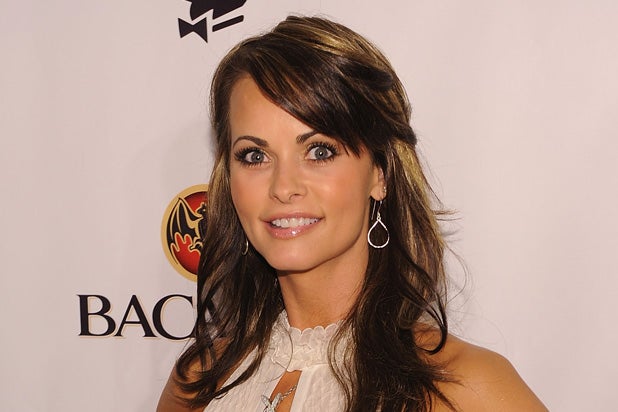 Former Playboy model Karen McDougal has been freed up to tell her story about an alleged affair she had with Donald Trump, after settling a lawsuit with publisher American Media, McDougal said in a statement provided to TheWrap on Wednesday.

“I am pleased to have reached a settlement with AMI on my own terms, which restores to me the rights to my life story and frees me from this contract that I was misled into signing nearly two years ago,” McDougal said. “My goal from the beginning was to restore my rights and not to achieve any financial gain, and this settlement does exactly that. I am relieved to be able to tell the truth about my story when asked, and I look forward to being able to return to my private life and focus on what matters to me. Thank you to my family, friends, legal team, and the public for the support I have received.”

McDougal’s attorney, Peter Stris, said in his own statement, “We are glad that AMI has agreed to a settlement that restores Karen’s life rights to her, and makes right the wrongs that had been perpetrated against her. She is now able to move on from this and go back to living her private life, as she has wanted from the beginning. Our firm is happy to have been able to help Karen reach this favorable outcome and free her from the fear of speaking her truth.”

A spokesperson for AMI told TheWrap, “AMI is pleased that we reached an amicable resolution with Karen today that provides both sides what they wanted as a result.”

Under the settlement agreement, McDougal will appear on the September 2018 cover of Men’s Journal, with the issue also containing a feature-length article on her.

AMI will also publish five additional health and fitness columns written by McDougal, and retain the right to publish articles about her “in the normal course of its journalism.”

In a March interview with Anderson Cooper, McDougal, who says she had an affair with Trump in 2006 and 2007, apologized to Trump’s wife Melania.

Trump has denied having an affair with McDougal.