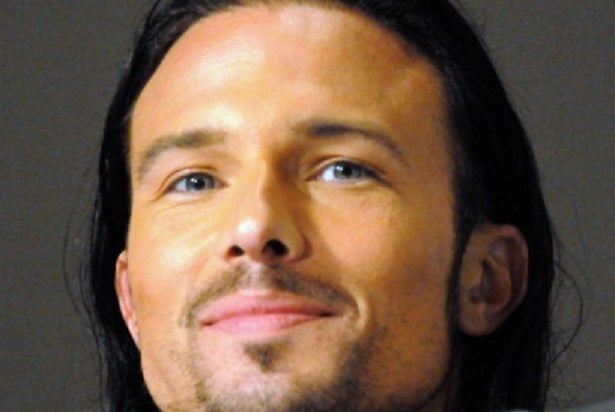 Ricardo Medina, Jr., an actor who appeared on the “Power Rangers Samurai” TV show, was being held on $1 million bail Sunday after being arrested for allegedly killing a man with a sword Saturday in Palmdale, California.

The victim was Medina’s roommate, 36-year-old Joshua Sutter, a spokeman for the L.A. County Sheriff’s Department told TheWrap. The incident took place around 3:45 p.m. Saturday at a residence in the 38000 block of San Francisquito Canyon Road, an isolated section of the Los Angeles-area mountains, about 45 miles north of the Civic Center.

Medina, 36, entered his bedroom with his girlfriend and closed the door, according to deputies, and when Sutter forced his way into the room, Medina stabbed him once in the abdomen with a sword that he kept behind the bedroom door.

Medina dialed 911 at around 4 p.m. Saturday and later spoke to detectives at the scene before he was arrested, deputies said. He was booked for suspicion of murder at the sheriff’s Palmdale station, and held in lieu of $1 million bail.

The actor appeared on the “Power Rangers Samurai” series from 2011 to 2012. The series, featuring Japanese cartoon-like action, was roundly criticized for its on-screen violence when it debuted on U.S. television.

A call to Saban Capital, the firm owned by producer Haim Saban, was not immediately returned Sunday afternoon. Saban repurchased rights to the “Power Rangers” franchise in 2011, after selling the lucrative property in the 1990s. Plans for a feature film were announced last year.