Todd Leavitt was President of the Academy of Television Arts & Sciences from 2002-2005. He is now a managing partner at film financing and television-packaging boutique Tulip Media. Here, exclusively for TheWrap, he outlines a dozen key facts about what just happened and what it may mean for the Academy.

The Emmy broadcast is just and only "that" — a three-hour television program. Its importance (which absolutely needs to be distinguished from the awards process itself) is to present to a hopefully-adoring public whose attention span rarely endures for three hours, and in the most entertaining fashion possible, the epitome of excellence from the prior broadcast, cablecast and (modestly and recently) digital season. 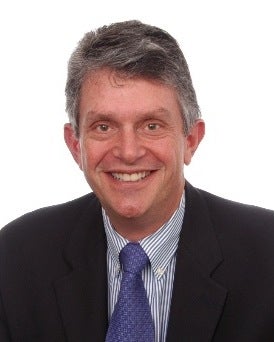 The broadcast’s primary benefit is actually to the Television Academy in the form of the generous license fees paid by the four participating broadcast networks for transmission rights to the program. The license fee primarily goes to support Academy programs (more below). The networks will only pay a generous license fee if they receive value.

Broadcast networks measure "value" primarily by eyeballs. It is a tremendous amount of heavy lifting to put together a single, three-hour, once-a-year special relative to the financial results (results enjoyed by any given network only once every four years).

Oscars and the Super Bowl merit a lot of heavy lifting, given the eyeballs they successfully attract. The Emmys, not so much. That is, for so much energy and money for only a once per year phenomena and only once every four years, life can become much too short much too quickly if the broadcaster does not perceive it has received value.

Audiences come to any awards broadcast for a few specific reasons: to enjoy "celebrity" (which can arguably be satisfied by red carpet appearances); to express an "Idolistic" rooting interest (gee, I love "Lost" and hope it’s recognized this year –assuming it has even been nominated (which is entirely different issue and dialogue); and to occasionally be entertained in any number of different ways (viz. Jack Palance Oscar push-ups of long ago, or Ms. Streisand’s Emmy rendition of "You’ll Never Walk Alone" after 9/11).

The Academy years ago agreed, and the networks historically acceded to be bound, to the condition that all actor, director and writer award categories for major prime time genres would appear "live" in the broadcast presentation as a quid pro quo for the Academy to be freed from having to pay "clip fees" of somewhere around $400,000 (today’s cost) to the four primary collective bargaining units which work on TV shows (AFTRA, SAG, DGA, WGA).

The clips are necessary to "sell" every show and performance nominated, in context in the broadcast.

The waiver provisions long-predate the emergence of "reality" as an important, audience enthusing genre. Over the years, reality categories have appropriately been added to the Awards program generally (most recently including a separate award for reality hosts), and it is safe to say this is a very positive evolutionary step in the eyes of networks and audiences (albeit not necessarily WGA members). "Positive" pursuant to the philosophical explanation above, as to how to ensure value by increasing the probability that audiences will tune in.

Result: the Emmy Awards broadcast now needs to "cram" 28 mandatory awards into a rigid three-hour structure. "28"  is the magic number that results when you add the mandatory awards required by actors, directors and writers (to obtain the clip fee waivers), and the show and reality awards that the audiences are interested in seeing and that are thus mandated by the networks who are paying for the show.

Let’s do the numbers: total broadcast air time for the program: @ 135 minutes. Important note: The Networks have never permitted the Emmys (unlike Oscar and Grammy) to invade the 11 p.m. local news. That time is too valuable to affiliates relative to the dollars generated by Emmy’s lackluster ratings. So it is a "hard out" at 11 p.m.

Now assume that each award requires at least five minutes (presenters are introduced; presenters come to center stage and briefly kibitz; nominees are announced; camera pans to nominees anxiously awaiting results; winner is announced; winner jumps with glee, kisses significant other and others in immediate vicinity; winner bounds joyously up to the stage, stopping along the way to kiss others and accept adulation; winner takes award and makes an over-long acceptance speech until music-over drowns out the thanks to agents and managers; winner is escorted off-stage).

Assuming you can actually cram all that into only five minutes — and that is without showing clips of performances for the performer categories or scenes for the show categories — five minutes times 28 awards = oh my goodness! 5 x 28=140 minutes and we are out of time and have not even provided for the entertaining monologue that opens the show of at least five minutes to warm up the star-studded house!

You see the problem.

The inescapable conclusion is that there must be a serious reduction in number of awards and presentational processes if the show is ever going to fulfill the mandates of Paragraph 3 and provide value to the networks.

I had suggested during my tenure as President of the Academy that the Guilds be paid for the clips and that the Academy would thereby be legally relieved of its "must give 28" mandate. With a 50-plus person Board room, significantly peopled by members of the Collective Bargaining Units referred to above, that was simply not possible.

The Guilds look out for their own and, when push comes to shove, have no concept nor concern with the greater good of the Academy as an institution.

So where does this leave the Academy? Sadly, in a horrible place. What is invisible and of no concern to networks (all divisions of publicly traded major multi-national corporations with a primary obligation to increase shareholder value), Guilds (self-interested collective bargaining units that perceive that any concession is a loss in a zero sum game) and audiences (who understandably only crave celebrity), is the good work of the Academy that is only made possible by the license fee. Lower license fee — much less good work.

What are these good works? Two forms: inside the industry and industry outreach.

The insider stuff is the actual significant administrative costs of one of the most professionally, thoughtfully and efficiently run awards programs in the business (due in large part to the Herculean efforts and energies of Dr. John Leverence, who is presently due to retire just as the present wheel expires). It is very expensive, even with on-line ballots and judging, to run a national awards program where every single program broadcast in a given season is eligible.

So there will need to be cutbacks in the quality of the awards program administration if the license fee is seriously reduced because ratings have fallen flat and no broadcast network is willing to pay more than $7M to lose money on the Emmy broadcast (unlike Oscar, the Networks also pay for the actual production expense of the Emmy show itself on top of the license fee).

One might note the success of the Golden Globes with very little award administration investment (but significant movie star celebrity to compensate)- but we are discussing "inside baseball" impact not public perception. Further, the Academy typically offers more than a dozen entertaining evenings behind-the-scenes each year for various series as well as numerous other membership activities for its 15,000 members — these will have to be cut back.

Yes, of course, these are "nice to have", not "need to have"–but are still an integral part of the Academy mission.

The saddest and most frustrating victim of a license fee reduction will the marvelous work of the Academy Foundation, which services the industry outreach. The amazing Archive of American Television will not have sufficient funds to maintain its production schedule, and major TV personalities will die before there will be the opportunity to have them tell their stories for the benefit of future generations (ironically, most of the interviewees are Guild members).

There will be cutbacks in the nationally esteemed summer intern program run by the Foundation, as well as its annual Faculty Seminar, where the college and university professors who are teaching the next generation of industry professionals (many of whom will become Guild members) are given their own continuing education seminar for a week as to the immediate issues in all aspects of television production and distribution.

Each of these programs is subsidized by the license fee. It is important to note as well that, in our last Wheel negotiation, special provision was made to ensure that the Foundation, a 501(c)(3) charity (which means it basically has no means of independent revenue to support its programs), would have a guaranteed revenue stream for the next eight years.

Mission accomplished back then; going forward, no money means no programs. How sad and what a lost for those of us who care about outreach and education. And all because Guild members refuse to sacrifice for the common good and need their full five minutes of Award show air time.

Bottom line –and in this case it is only about bottom line … not credits, not glory, not bragging rights and not "creative respect and integrity" — is that the Emmy Awards broadcast presentation is just and simply that, a three-hour once-per-year TV show that must justify its existence on financial terms or the financial rewards will certainly not follow. And without the financial rewards — in this case a license fee of a certain magnitude — the Academy will, indeed, seriously suffer.

Ultimately, the "Emmy Brand" will thereby also suffer — it will ultimately be far less prestigious to be able to say "I won an Emmy" when the show is seen by fewer than 3 million viewers and is on a cable network. While the recipient of a "Kid’s Choice Award" on a well received cable show can be amply proud of the accomplishment, there is nothing like the pride of peer recognition that comes with garnering an Emmy.

The end game problem is that it does not appear that any of the vested constituencies that should seem to care, do actually care about the consequences. I would encourage the WGA to go in search of a network, any network, that would have interest in transmitting the annual WGA Awards. It’s just a TV show, folks — but without it, the collateral damage will indeed be saddening. In the words of the late, great Kurt Vonnegut (not a TV guy ) "so it goes…"

Bless John Shaffner and Don Mischer for fighting the good fight and attempting to accomplish the impossible. CBS certainly is only interested in pulling a number, but not at the cost of alienating the Guilds. Even in a "win," CBS would not have the show for another four years, so they are certainly not going to fall on their sword over this issue for a once in four years three hour program  on which they will not make any substantial money even in success (relative to their series programming).

So, as always, the show will go on. But this tempest in a TV set is likely to result in a mortal wound to the good intentions and great aspirations of the Television  Academy.