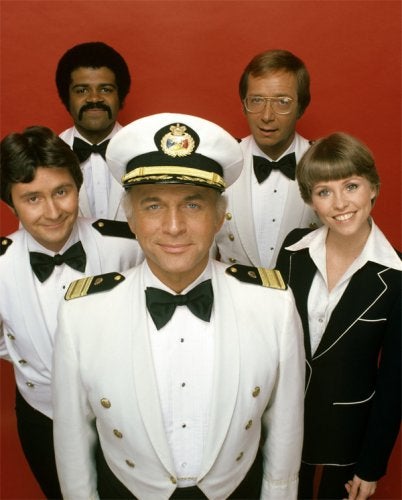 Holy crap! The TV Land Awards just keep getting better, with word today that the cast of "The Love Boat" will reunite for this year’s events.

Even Charo, who wasn’t actually a full-time cast member, will be there.

We’re expecting the producers of the TV Land Awards are planning to enlist the Lonely Island and T-Pain to serenade the cast with "I’m On A Boat," perhaps reworking the video for the song with the "Love Boat" folks. If not, they should.

The "Love" reunion follows the announcement that Tom Hanks will reunite with Peter Scolari for a "Bosom Buddies" tribute, some "Charlie’s Angels" will come together to honor Farrah Fawcett (and, we hope, John Forsythe), and the cast of "Everybody Loves Raymond" will reunite. Mel Brooks and Carl Reiner will get an award. And Tim "Tool Time" Allen is hosting.

Seriously, if the Emmys were this awesome, the TV Academy would be able to get a raise in its license fee for the show.