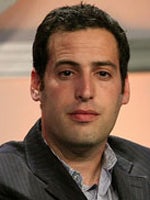 ABC has scrapped plans to launch "Let’s Dance," a post-Thanksgiving celebrity dance competition from "American Idol" producer FremantleMedia North America that was to have been hosted by Kathy Griffin.

The reason: Producers couldn’t find a cast acceptable to ABC, industry insiders said. Luring talent during the holidays turned out to be more of a hurdle than anyone expected.

It’s unclear yet if the show will be revived at a later date, though as of right now, the network is still planning to take another stab at "Dance" at some point in the future.