ABC and BBC Worldwide Productions are in talks to put "Dancing with the Stars" on ice. Literally.

The network and "DWTS" producers are discussing importing a BBC format in which celebrities train to perform splashy ice skating routines, much the way stars are now turned into ballroom experts on "DWTS." No deal has been finalized and there’s no firm timetable for when the show will air, but the project is in active development at ABC, according to two people familiar with the situation. 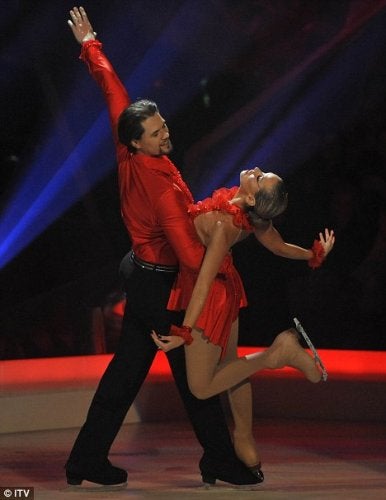 ABC and BBC Worldwide will likely take their time developing the project. Finding the right cast for such a project can be tough, since skating on ice is dramatically more difficult than doing so on a ballroom floor.

News of ABC’s discussions to launch an icy take on the "DWTS" concept comes as the mothership is experiencing a bumpy season in the ratings.

While still an overall Nielsen giant, "DWTS" — which takes up a big chunk of ABC’s primetime lineup in the fall– is down double digits in the adults 18-49 demographic, something that’s resulted in tough stories about the show in publications such as Variety, USA Today and the LA Times.

The ABC-BBC Worldwide project will not be the first time a U.S. network has mounted an ice skating series. In 2006, Fox launched "Skating with Celebrities" with "stars" such as Kristy Swanson and Dave Coulier attempting to show off their skills. It didn’t return for a second season.

What’s more, BBC Worldwide isn’t the only company with an ice dancing format in the marketplace right now. ITV Studios (the U.S. arm of the UK’s ITV) has pitched American networks on a take on the Brit hit "Dancing on Ice," and it’s always possible that format could find a home here as well.

The BBC aired an ice skating version of "Strictly Come Dancing" — the format which became "DWTS" in the States — as a Christmas special in 2004.