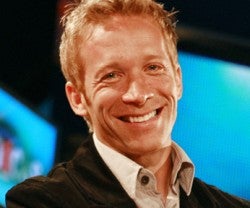 Unlike "Loser," a competition/elimination series, the untitled ABC/3 Ball project will be a sort of "Extreme Makeover: People Edition," with each episode focused on the weight loss journey of a single morbidly obese person. It’s expected the participants will have as much as 200 pounds to lose.

Because you can’t lose that much weight safely in four or five months, producers will follow the individuals for as long as a year, resulting in what’s expected to be dramatic transformations and end-of-episode reveals.

While the subjects of the show will have access to a trainer and weight loss advisers, they won’t be living in a camp-like, TV-created environment. They’ll have to shed the pounds while living at home with their families or loved ones, battling the daily temptations faced by anyone trying to lose weight.

J.D. Roth, Todd Nelson and Brant Pinvidic of 3 Ball are expected to serve as executive producers of the project. It’s the first big project set up by 3 Ball since the company hired Pinvidic to head development earlier this month.

Multiple networks were interested in the project, but the series ended up at ABC.