A raging battle continued down to the last moment before deadline on Friday at the New Yorker over the contents of a magnum opus by veteran writer Connie Bruck about media billionaire and Democratic stalwart Haim Saban, WaxWord has learned. 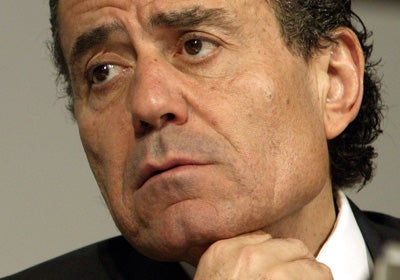 According to knowledgeable individuals, the piece is a staggering 11,000 words about the Egyptian-born, Israeli-bred mogul with a hotline to both Clintons.

Bruck has apparently been working on the piece for an equally staggering eight months.

According to two people close to the process, Saban’s former tax lawyer Matthew Krane has provided anecdotes to Bruck, including one suggesting that Saban used political influence to help complete his sale of the Fox Family Channel to the Walt Disney Company for $5.3 billion in October 2001.

But Saban’s lawyers sent a letter warning the New Yorker of their intention to take action if the piece has inaccuracies or is "disparaging" of the mogul, according to one person close to the process. 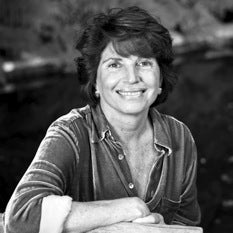 It is unclear whether that story or others related to similar mixing of finance and politics will make the final cut.

Reached by phone In Washington DC on Friday, where the magazine was giving a party for the White House Correspondent’s weekend, New Yorker editor David Remnick said, "I have no comment for the record."

Connie Bruck did not answer email or a phone message seeking comment.

Saban has all along protested that Krane is not a source to be trusted.

The origin of the story was Krane’s claim in a lawsuit — a Wrap news break last July — that the media mogul defrauded the government out of tax money when he sold Fox Family to Disney, one of the greatest business coups in entertainment history and one that cemented Saban’s billionaire status.

But Krane is controversial, to say the least.

A convicted felon, he has pled guilty to tax evasion and tax fraud and is currently out on bail while he cooperates with the federal government over another tax fraud case with a hedge fund called Quellos. (That case is scheduled to be tried in 2010.)

Krane, who is living under electronic monitoring in Beverly Hills, apparently spoke to Bruck at great length and gave her reams of documents to back up his assertions of misdoings by Saban. (Saban claims Krane stole money from him; Krane is angry because Saban has blocked $36 million in an Austrian court. Perhaps I should have warned you: This story is complicated.)

But the question is: Did Saban’s lawyers succeed in squeezing all the juicy stuff out of the piece? And was there really juicy stuff to be had?

The New Yorker fact-checking process is legendary, but Saban was "pissed off" at the reporter, believing her to be credulous of Krane’s accusations, according to one person knowledgeable about the process.

WaxWord has also confirmed that Saban spoke to Remnick in advance of Friday’s deadline, seeking assurances that the piece would be accurate and fair – which the editor did. For all its awards, The New Yorker is not known for publishing aggressive or hard-hitting profiles.

The knowledgeable individual said that an anecdote from Krane involving a call to Bill Clinton to speed approval of the Fox Family sale was no longer in the article.

From early on, the piece morphed from being an investigation by Bruck into a gentler profile, done with Saban’s cooperation.

The mogul spent many hours with Bruck, and she attended his foreign policy conference in Israel as part of her reporting process.

The fact-checking has been going on for more than a week, with every challenge by Saban lawyers sending New Yorker lawyers back to Krane and his documents for further checking. But it won’t be clear what actually made the cut until the early leaks of the piece emerge on Sunday.

The piece will be published on Monday.

The $36-Million Man Goes to Court