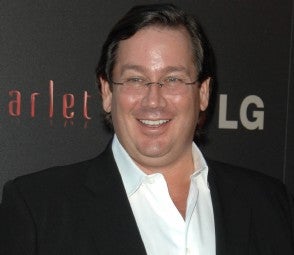 David Nutter, TV’s most successful one-hour pilot directors, is teaming up with Jerry Bruckheimer once again.

According to sources, Nutter is close to  signing on to direct the pilot for "Chase," Bruckheimer’s just-greenlit NBC project from Warner Bros. TV. It’s the first time the two men have worked together since Nutter directed the first draft of Bruckheimer’s "Without a Trace" for CBS.

Landing Nutter is a big win for Bruckheimer given Nutter’s virtually perfect track record for turning pilots into series. In addition to "Trace," Nutter was behind the first episodes of "The Mentalist," "Supernatural," "Terminator: The Sarah Connor Chronicles," "Smallville," "Dark Angel" and, most recently, "Eastwick."

He also won an Emmy for his episode of HBO’s "Band of Brothers." He’s already filmed a segment of its follow-up, "The Pacific."

According to NBC, "Chase," based on a real-life group and set in the American Southwest, follows a crucial fugitive apprehension team comprised of U.S. Marshals that tracks down the nation’s most notorious criminals. Warner Bros. TV and Jerry Bruckheimer Television are producing, with Bruckheimer, Jennifer Johnson ("Cold Case") and Jonathan Littman ("CSI," "Cold Case") executive producing.

Reps for WBTV and NBC couldn’t be reached for comment early Monday morning.