GSN is extending its honeymoon with Carnie Wilson, signing "The Newlywed Game" host to star in a reality show for the network.

In a move that represents a major brand expansion for GSN, Wilson will headline "Carnie Wilson: Unstapled," a docusoap revolving around the former pop star’s current life as a gameshow host, media personality and wife/mother. 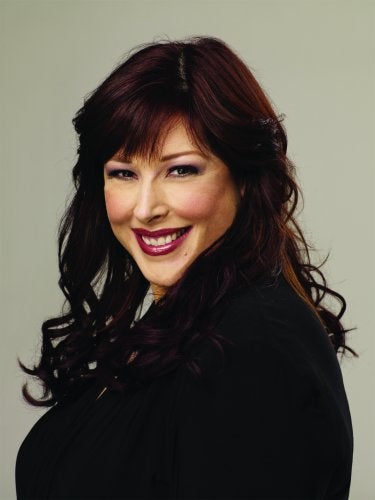 Kelly Goode, who marks her one-year anniversary as the senior VP of programming at GSN later this month, told TheWrap that while "Unstapled" is a departure from GSN’s normal lineup, the series will fit in with the network’s existing lineup.

"We think this show fits on with a lot of the things GSN can be about," she said. "It lets people see more about the host of our most popular show."

GSN’s relationship with Wilson began more than a year ago when she began hosting segments on the daytime programming block "GSN Live." That led to Wilson signing on to host producer Michael Davies’ revival of "Newlywed," which so far has proven to be a hit within GSN’s universe of viewers.

"Once we spent time with Carnie on ‘Newlywed,’ we realized this was a very interesting personality for our audience," Goode said.

And, according to Wilson, GSN did "a lot of focus group testing, which showed viewers wanted to see more of me … which is so very sweet."

In addition to her fame as part of the 1990s pop trio Wilson Phillips, Wilson is known for her battle with the bulge. She became something of a spokeswoman for gastric bypass surgery after becoming one of the first celebrities to have the surgery. A few years ago, she appeared on VH1’s "Celebrity Fit Club."

Wilson’s weight issues will be part of the drama on "Unstapled," but the series will focus more on her role as a mom and aspiring businesswoman. Among Wilson’s biggest passions: turning her love of baking into a money-making proposition.

"It’s my passion and my outlet. It’s something I have to do," Wilson told TheWrap. "I get bitchy if I don’t feed people. I think it’s about me living vicariously for them."

Wilson already has a deal in place to sell her goodies at Sweethart’s, the Sherman Oaks-based treat shop owned by actress Melissa Joan Hart and her mom.

"I bake these citrus cheesecakes that are f–king insane," Wilson said. "I’m now working on a deal where I can bake in bulk."

Wilson’s efforts to expand her baking career into a bigger business will be chronicled on "Unstapled," as will her plans to launch a clothing line. Both ventures, along with a possible Wilson Phillips reunion tour timed to next year’s 20th anniversary of the group, should provide plenty of fodder for the show.

"This is the perfect time to capture this on camera," she said. "It’s not about going out there and doing (fake reality show storylines). There are real goals here I’m trying to achieve."

Look for behind-the-scenes footage from "Newlywed" to be a part of "Unstapled" (producer Davies will make cameos), along with visits from Wilson’s bandmates.

GSN is hoping to bring "Newlywed" viewers to "Unstapled" by having one episode of "Newlywed" guest-hosted by original emcee Bob Eubanks. The episode, already in the can, features Wilson and her husband playing the game. It will likely air around the time of "Unstapled’s" January debut.

This isn’t the first time GSN has tried unscripted reality-style programming. Chuck Woolery was the focus of a 2003 series called "Naturally Stoned."

GSN has undergone a complete executive reshuffle since then, however, and "Unstapled"  — along with the recently aired GSN Awards — represents the first efforts at expanding the GSN brand under Goode.

"We’re definitely looking for ways to grow what GSN means," Goode said, noting that about 30 percent of the network’s programming is original, vs. old gameshows such as "Family Feud."

"We’re looking for that 30 percent to be bold and fresh and different."