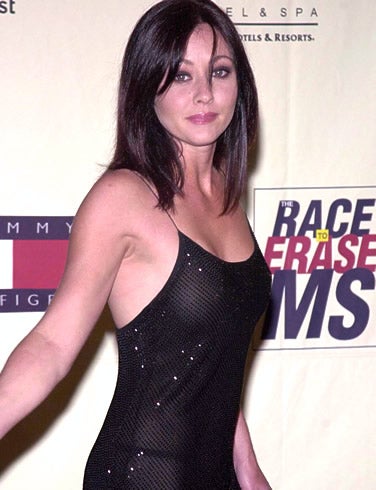 Former "Beverly Hills, 90210" bad girl Shannen Doherty is waltzing her way on to "Dancing with the Stars."

ABC won’t reveal the official cast list for the new cycle of its reality hit until tonight, saving the announcement for the season finale of "The Bachelor." But Doherty is among the celebs on the roster for the new season, according to two people familiar with the casting.

As usual, ABC isn’t confirming casting on the show before the official reveal.

Doherty’s signing comes just months after her ex-husband, Ashley Hamilton, appeared as a contestant on "DWTS." Doherty is no doubt hoping to do a bit better in the competition: Hamilton was eliminated during the first week.

Doherty, who’s set to celebrate her 39th birthday this spring, was recently cast in the Hallmark Channel movie "Growing the Big One." The Halloween-themed pumpkin pic is set to debut in October.

Her other recent credits include the feature "Burning Palms" and a visit to the CW’s "90210" revival.