(UPDATED at 4 p.m. with details from TheWrap's visit to Sanchez's home)

Film producer Robert Sanchez, the founder of the pioneering fanboy movie website IESB.net, has been missing for roughly three weeks after allegations surfaced of sexual misconduct with his 14-year-old stepdaughter, police have told TheWrap.

Detectives are seeking Sanchez in connection with allegations of sexual abuse regarding "things to do with his stepdaughter and the Internet," Tracy Dorsey, a spokeswoman for the Rancho Cucamonga police department, told TheWrap on Wednesday. 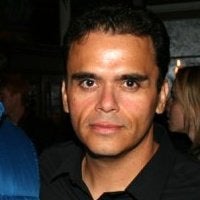 Asked about rumors circulating among Hollywood's online film community that the 36-year-old Sanchez had videotaped himself drugging and raping his teen stepdaughter, Dorsey replied: "We're looking into all of those allegations."

Dorsey stressed that no charges have been filed, and there is currently no warrant for Sanchez's arrest; nor has he been classified as a missing person.

Jamie Williams, one of IESB's managing editors, resigned on Monday in a post on the site. Though the post is largely innocuous, he told TheWrap in an email Wednesday morning that he and the IESB staff were told a few weeks ago that there was a "family emergency/tragedy."

"Then as of this past Friday evening, it was heavily implied that Robert had passed away," Williams wrote. "We agreed to stay on and help for the time being under these circumstances. It wasn’t until Monday evening we were aware of the details of Robert being on the run and his actions. And the icing on the cake was us being forwarded bills for IESB."

Dorsey said a report was initially filed with police June 1, and that two deputies spoke with Sanchez at the time. "When the claim was first reported, it was not reported as a child abuse case," Dorsey told TheWrap. "There were other charges that have now led to this."

As to rumors that Sanchez was presumed dead of a suicide, Dorsey said only that Sanchez had been evading police, who have been unable to locate him.

Individuals familiar with the situation tell TheWrap it's possible that Sanchez's wife has been covering for him since he disappeared. TheWrap has been unable to contact her, but she allegedly told others before the story broke that Sanchez had killed himself. 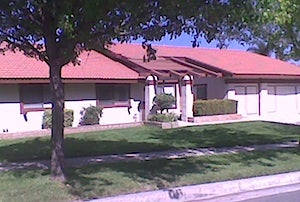 But the alleged victim's father, reached by TheWrap, implied that Sanchez is presumed to be alive and on the run. He requested privacy for his family and declined to elaborate.

Sanchez lives in a quiet suburban enclave of Alta Loma; his home phone had been disconnected and his cell phone's voice mailbox was full.

No one answered the door late Wednesday afternoon at the home, where the blinds were mostly drawn and a blue minivan with expired tags was parked in the driveway. A miniature pinscher was at the window. 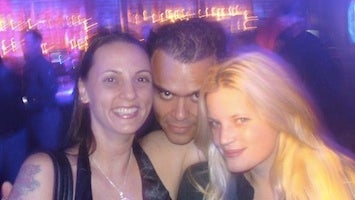 elusive, avoiding contact with them and evading their attempts to meet him and the family after moving into the rental house in September.

One across-the-street neighbor said Sanchez drives a black Scion mini-truck — which he'd seen coming and going early Wednesday morning — but that he hadn't seen Sanchez himself in many weeks.

IESB's Twitter feed was taken down earlier this week. Sanchez's Facebook page was still active, and features photos of him at 2008 Comic-Con — where he'd participated in panels including "Masters of the Web" — lying in bed with half-nude women in suggestive poses. Sanchez was apparently expected at this year's "Wrath of Con" party, as suggested by friends looking for him on Twitter.

IESB, which stands for Inland Empire Strikes Back (Fan Club), was first registered as a domain in 2003 and is considered one of the first fanboy-themed movie news websites to rise to prominence. Besides being a blogger, Sanchez is also a film producer. He's listed as a partner in Death Ray Films with "TMNT" director Kevin Munroe and Christopher Patton; he's also listed as a producer on Lakeshore Entertainment's upcoming supernatural action movie "I, Frankenstein," which Patrick Tatopoulos is attached to direct.

Sanchez also is listed as having worked with the camera crew on "Paris Hilton's My New BFF."