Fingerprint Communications cofounder Gregory Link (left), in Las Vegas to prepare for a major Conde Nast Traveler event on Saturday, told WaxWord he would be sending a "dissolution offer" of the partnership to cofounder Jessica Meisels later today. 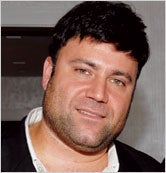 "It’s my ultimate goal to dissolve the partnership and start another company," he said. "I’m sending a dissolution offer so we can do this amicably."

That seems more or less unlikely. Link had already told Meisels he wanted to dissolve the company. He is proposing a 50-50 split of their clients. But Meisels was not in favor.

Tension rose until nine employees resigned simultaneously on Wednesday. Link did not deny that he the employees might end up working for him.

"I want to move on," said Link. "It’s just like a divorce and unfortunately she’s been acting irrationally."

Meisels’ response: "I am focused on servicing my clients right now and have no comment on silly accusations."

Here are clients who are leaving with Carol Bell:

The W Hollywood, the W in D.C., the W hotels in Chicago, Acqualina Resort & Spa in Miami Beach and the Sagamore Hotel in Miami.

Carol Bell, whom Meisels claims was fired this week as managing director of Fingerprint Communications, says she resigned, and accused Meisels of harrassing employees. 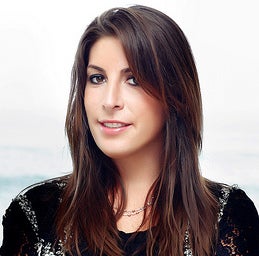 Greg Link, Meisels’ partner, approached Meisels (left) on Monday and told her he wanted to dissolve the firm, Bell said.

"Jessica said the firm would not be dissolved and she told the clients," Bell told WaxWord. "Then things got very dramatic, she was cornering employees in rooms, not letting them out."

Calling the environment "toxic," Bell then decided she needed to resign. (Meisels says she was fired on Wednesday, see below.)

Meanwhile on Friday, another publicist David Blodgett had apparently resigned, leaving Meisels with only three employees, and a legal tangle with Link.

Bell also denied that this was a planned coup. "I went into this with the best of intentions," she said. "I’ve been living out of a suitcase for six months."

Fingerprint Communications, a PR and event firm based in Beverly Hills and New York, has imploded in a

dramatic scenario worthy of "Jerry Maguire" and "Entourage" put together.

Cofounder Gregory Link appears to have defected and taken most of the employees with him.

The drama came to a head this week, after managing director Carol Bell was fired resigned on Wednesday. Then nine employees resigned in an identical email, sent en masse to founding partner Jessica Meisels.

“I’m shocked,” Meisels told WaxWord, confirming the report. “I feel blindsided, and disappointed by the team of people I’ve stood by for six plus years.”

She said it was clear the employees had left to pursue "other opportunities."

Missing in action was Link, the firm’s co-founder who had brought Bell in about five months ago.

Link is believed to have led the defection, which comes on the eve of Fingerprint’s producing a party for Conde Nast Traveler where Gwen Stefani is slated to appear.

The blow-up has led to a grabfest among the firms high profile clients, including the W Hotel, Conde Nast and brands like Pop Chips and Muscle Milk.  The company was founded in 2003.

The firm does signature events with Hollywood, lifestyle and fashion clients, including the E! Oscar party at the W hotel, and a party for Star magazine last week.

Meantime, Meisels said she was meeting with Link to get through the Conde Nast Traveler event.

Meisels believes she was sandbagged in a premeditated plan by Link to bring in Carol Bell and dominate the company. Link could not be reached for comment.

The two co-founders had not been getting along, with other employees complaining that Meisel – a veteran public relations agent – had not been pulling her weight.

Meisels responded that she in the office “20 hours a day.”

But clearly bad blood is flowing. On Thursday, Meisels – who says she has only four employees left – was not able to get into her own email account.