(Update 4/22 10:30 a.m. PST: The logline below is from an old draft of the screenplay. The latest logline is: Two best friends, both of whom are spies, go to war with each other after falling in love with the same woman. It’s about what’s more important — your best friend or the love of your life — and what happens when the two come into conflict with each other.) 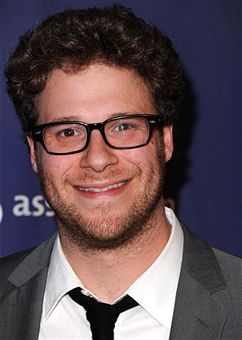 Seth Rogen and Chris Pine are among the actors being sought to star opposite Reese Witherspoon in the 20th Century Fox comedy "This Means War," TheWrap has learned from an individual familiar with the project.

McG is attached to direct.

The story follows two best buddies whose friendship is put to the test when a woman moves into their spare room. As they fight for her affections, New York City is literally left demolished in their wake — including such landmarks as the Empire State Building and the Statue of Liberty.

The latest issue of Production Weekly includes a listing for the project and at the very bottom, which mentions that Fox is chasing Rogen, Pine, Robert Downey Jr. and Matt Damon to play one of the two lead male roles, having offered the other one to James Franco.

The truth is that only Rogen and Pine are being considered for the role of FDR (a character named after the late President because his parents had high hopes for him) — and Franco has officially passed, according to his representation at WME.

So it’s possible that Rogen could segue to the role that Franco was offered — which happened before with the duo’s "Pineapple Express" — so he and Pine could both conceivably star in the film. 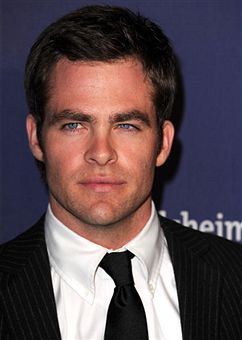 Downey Jr. is not being considered, the individual close the the project said, which makes sense, since he’s least 15 years older than both Pine and Rogen. Damon has not even seen a script yet, the indvidual said.

Bradley Cooper ("The Hangover") was previously attached to star, but there are conflicting reasons as to why he dropped out of the project. Deadline reported that the film’s July start date overlapped with "The Hangover 2," but EW cites an individual close to Cooper, who says that the actor had creative concerns regarding the project.

"This Means War" is an important property for Fox. The studio originally purchased the property back in 1998, and has since brought in scorching-hot screenwriter Tim Dowling ("Role Models," "Midnight Run 2") to rewrite the script, which the studio is still tinkering with.

Will Smith and James Lassiter of Overbrook Entertainment are producing the project.