Fresh off his roles on "Ugly Betty" and "The Good Wife," veteran character actor Nestor Serrano has booked an 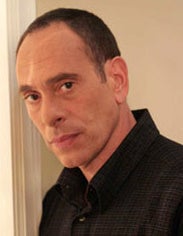 Serrano will play a Soprano-like character named, appropriately enough, Tony. He’s described in the breakdowns as "a ruthless, ambitious crime boss who runs things in Miami for a New York-based criminal syndicate. He’s a suspect in seven murders but always manages to keep his hands clean of evidence that could put him away. He leads a group of thugs who shake down the dock workers and steal from them on a daily basis."

Serrano’s notable TV credits include an extended arc on Fox’s "24" back in 2005, and, more recently, an episode of USA’s "Law & Order: Criminal Intent."

The very cool "Burn Notice" returns to USA this June. In the meantime, check out "Saturday Night Live" riffing on the question, "What Is Burn Notice?"– and the answer, courtesy of USA’s official website.