Hohauser previously served as CFO for Summit Entertainment, which raised more than $1 billion in equity and debt financing under his stewardship and later sold to Lionsgate for more than $400 million. He also work 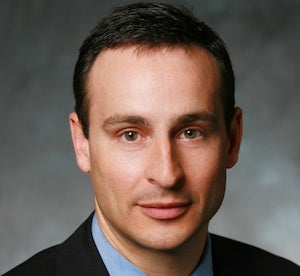 d at Marvel Studios, where he closed a $525 credit facility.

“Ron Hohauser has an impeccable history of steering companies through growth to strong commercial success and his expertise particularly in raising finance will be invaluable as Exclusive Media continues to expand its production and distribution operations,” Exclusive Media co-chairmen Nigel Sinclair and Guy East said in a statement.

As Sinclair and East note, Exclusive has been one of the fastest growing companies in the entertainment business over the past few years.

It finances films, handles international sales and distribution, and recently it has expanded its production and entered the domestic distribution business.

Its latest production, “Rush,” opens in theatres this weekend while another, “Can A Song Save Your Life?,” just scored the biggest deal at the Toronto Film Festival.

The film was working with seven different films at that festival, including JFK drama “Parkland.”