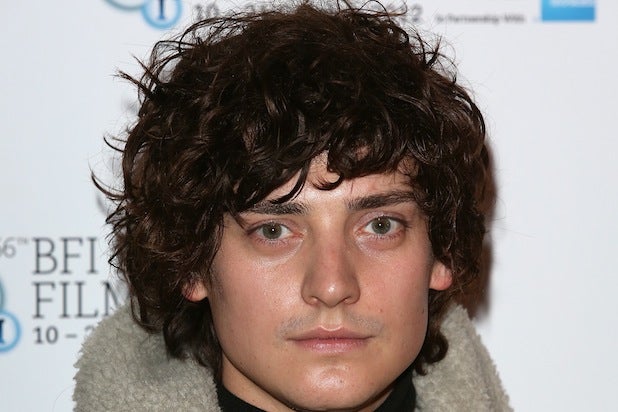 Heading into AFM, Exclusive Media has picked up the international rights to three new feature film titles and will be offering them to buyers, including a supernatural thriller titled “Shomer” that will star Aneurin Barnard.

Exclusive Media will also be shopping Gillian Greene’s directorial debut “Murder of a Cat,” which is produced by Sam Raimi, as well as Participant Media’s “Out of the Dark,” which stars Julia Stiles and Scott Speedman.

Currently in pre-production, “Shomer” follows 25-year-old Isaac (Barnard), a shomer for the deceased who is required by ancient biblical law to stay with a corpse and recite prayers until final burial. As Isaac begins his overnight vigil with the body of Dr. Penner, inexplicable occurrences begin to take place causing an investigation into the doctor’s life that uncovers a horrific past full of cruel medical experimentation.  Isaac realizes that a powerful evil possesses Dr. Penner that has not been laid to rest — and that he is no longer alone with the body.  As the night wears on, Isaac must confront his own haunted memories in order to face the demonic force now determined to destroy him.

David Abram Nahmod wrote the film, which is being financed by Aviv Giladi, who is also executive producing with his AI Film partner Vince Holden, as well as Len Blavatnik of Access Industries.

“Guillem Morales is the perfect director for ‘Shomer’ which is a great Polanski-esque version of ‘The Exorcist’ and we are delighted to have Aneurin Barnard who is such an accomplished young actor cast in the lead role,” said Bender.

The “Shomer” deal was negotiated by Alex Walton, Don Hardison, Paul Davidge and Alex Brunner on behalf of Exclusive Media and Holden on behalf of AI Films.

Also Read: The Chinese Are Coming to AFM, but Will Business Follow?

A comedic murder mystery written by “New Girl” scribes Christian Magalhaes and Robert Snow, story follows an endearing oddball who sets out to uncover the truth behind the secret double life of his murdered cat and finds himself in the middle of a city-wide conspiracy, unexpectedly finding love along the way.

Walton negotiated the “Murder of a Cat” deal on behalf of Exclusive Media and CAA is representing the film’s domestic sales rights.

Currently in post-production, “Out of the Dark” is a supernatural thriller that marks the feature directorial debut of Luís Quílez. David Pastor and Alex Pastor wrote the movie, which was produced by Dynamo, Apaches Entertainment and XYZ Films. Jeff Skoll and Jonathan King executive produced for Participant Media, which also financed the film.

Story follows Sarah Harriman (Stiles) and her husband Paul (Speedman) who have relocated their family to a small town in Colombia to take over her father’s business. As they settle into their new surroundings, their young daughter Hannah begins to act strange, wandering off into the jungle as if following something, and suddenly falls ill. When Sarah and Paul begin to see disfigured ghost-like creatures around the house, Hannah disappears. On a frantic search to find her they discover a shocking family secret and must uncover the truth in order to save their daughter.

“Spanish filmmakers have really established themselves in the last decade as the specialists in delivering thought-provoking and visually stimulating super-natural thrillers that audiences can’t seem to get enough of and no doubt both ‘Shomer’ and ‘Out of the Dark’ will excite AFM buyers,” said Walton. “And sharing her husband’s dark sense of humor, Gillian Greene’s ‘Murder of a Cat’ is a comical and original film that will not disappoint Sam Raimi fans.”