"The Office" regular Craig Robinson is getting a promotion: NBC has named him the new host of "Last Comic Standing."

After a two-year hiatus, NBC has officially decided to bring back its comedy star search for a seventh season this summer, TheWrap has confirmed. Open casting calls will take place in Los Angeles and New York next month. 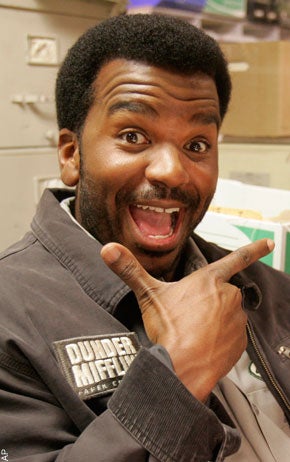 Robinson is featured in the much buzzed-about upcoming feature "Hot Tub Time Machine." He’s played warehouse foreman Darryl Philbin on "The Office" since the show’s start and has had roles in comedy hits such as "Knocked Up" and "Pineapple Express."

"He’s someone whose time has come," NBC alternative programming chief Paul Telegdy told TheWrap. "He’s a brilliant stand-up… and someone we believe in as an NBC talent. We also think he’s just funny as all get-out."

Telegdy said the "Comic" revival will try to bring "credibility" back to the selection process on the show, which attempts to find superior stand-up talent.

"Stand-ups will figure heavily in the judging panel," he said. A likely mix of two male and one female stand-ups is being finalized, he said.

Peter Engel Productions and Universal Media Studios are once again producing "Last Comic," with Engel and Barry Katz back as executive producers. Joining as an EP this season: Jayson Dinsmore, a former executive in NBC’s alternative department.

Casting for "Last Comic" will take place March 6 at the Improv in Los Angeles and March 21 at the Gotham Comedy Club in New York.