Discovery Networks and E! veteran Debbie Myers has signed on as interim general manager at OWN: The Oprah Winfrey Network. 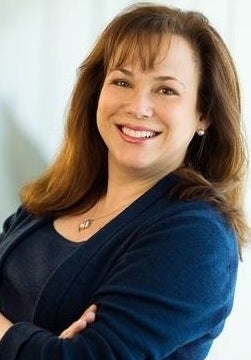 Myers remains in her posts as GM of Discovery’s Science Channel and executive vice president of programming for Discovery Emerging Networks. But she’s now splitting her time between her home base in Silver Spring, Maryland and OWN’s Wilshire Blvd. offices in Los Angeles.

"We  are actively tapping into the expertise of executives at both Discovery and Harpo to help in the planning and launch of OWN," a spokeswoman for the network told TheWrap. "Debbie … has successfully launched and built many brand-defining networks, has hands-on knowledge of Discovery’s operations, and has an affinity for OWN’s mission. Both DCI and Harpo are fully committed to OWN and have dedicated resources and personnel, including sending their best and brightest, to work collaboratively to launch the network and brand for years to come."

A trusted lieutenant of Discovery Communications President and Chief Executive Officer David Zaslav, Myers’ arrival comes as OWN continues to work through growing pains in advance of its anticipated 2010 launch. During the past year, the network has undergone several major executive shuffles, losing its president (Robin Schwartz) and two top programmers.

While Norman and Hunter were outsiders to the Discovery culture, Myers is very much of an insider and someone with close ties to Zaslav. She’s been at the company for four years,. joining as vice president of programming for TLC.

Myers helped create series such as "LA Ink" and "Say Yes to the Dress." She recruited celebrities such as Whoopi Goldberg, Morgan Freeman and Paula Zahn to Discovery, and earlier this year she added the executive VP title for the emerging networks division.

For now, no timetable has been assigned to how long Myers will continue in her role as acting GM of OWN. It’s not impossible to see a scenario, however, where the gig becomes permanent.