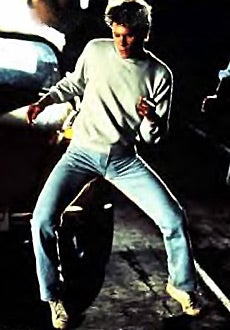 After losing its star, then its director, Paramount’s planned “Footloose” remake has now lost its release date.

Originally slated to premiere June 18, the film has been pushed back indefinitely. In fact, its production start date is TBA, too, the studio confirmed, with a new director yet to be announced for the project.

The remake of the 1984 musical was once slated to begin production last spring with Zac Efron in the lead Kevin Bacon role. However, the “High School Musical” star backed out last March, fearful that he’d be typecast into musicals.

Efron was quickly replaced by Chace Crawford. But last fall, director Kenny Ortega — the “High School Musical” mastermind who was supposed to direct the project for producers Neil Meron and Craig Zaden — quit the project, too, reportedly over budgetary differences with Paramount production chief Adam Goodman.

Now everything is on hold.