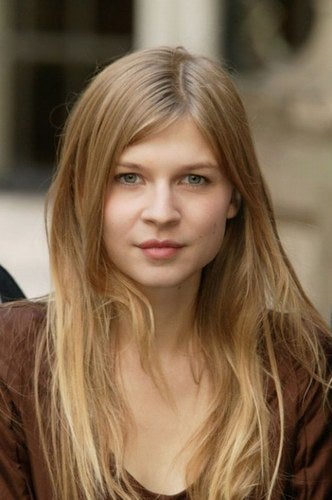 Clemence Poesy is going from Hogwarts to Constance Billard.

A Warner Bros. spokesperson  confirmed that the French actress is signed on to do a guest stint on the CW hit "Gossip Girl." Poesy played young sorceress Fleur Delacour in the "Harry Potter" movies.

To avoid releasing any spoilers, the studio spokesperson said they couldn't reveal any details about Poesy's character or the number of episodes she will appear in.

"Gossip Girl's" first two episodes of the coming season will be set in Paris, so we assume Poesy will be coming on the show to add a little local flavor.

A CW release last month said: “Season four will open with a radiant Serena and Blair enjoying their grand and romantic summer in Paris… until Chuck mysteriously arrives in town with a new girlfriend and a new identity.”

According to Entertainment Weekly, producers in May began casting the recurring role of Eva, "an utterly gorgeous female in her 20s or 30s who boasts a warm heart and an authentic French accent."

In addition to her "Potter" role, Poesy played Colin Farrell's love interest in the Oscar-winning movie "In Bruges."

Season four of "Gossip Girl" will premiere on CW in the fall.