A "20/20": investigation into "The Biggest Loser" was quashed after producers of the hit NBC reality show made it clear to past contestants that unapproved cooperation with the ABC newsmagazine could subject them to legal action. 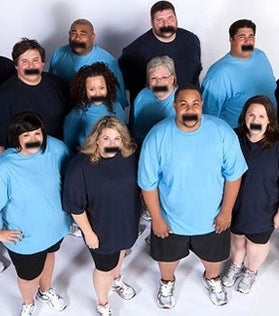 The ABC broadcast made the decision to put its report on hold in mid-November — at least a week before the New York Times published its own examination of allegedly dangerous behavior by contestants on "Loser" on Nov. 25.

Producers at "20/20" had tentatively lined up at least three contestants they believed were willing to discuss their "Loser" experience on-camera, a person familiar with the investigation told TheWrap.

While "20/20" staffers were cautious and tried to keep their investigation quiet, executives at the show’s production companies (Reveille, 3 Ball Prods. and 25/7 Prods.) and NBC found out about it — and took action.

Specifically, producers contacted past contestants to remind them of the confidentiality clauses in their contract and the requirement that they go through proper publicity channels before talking to reporters about their experiences on "Loser."

According to the Times story, the letters sent to contestants noted that they could be liable for up to $1 million if they broke the rules of their contracts.

Not surprisingly, the ex-contestants that "20/20" thought it had lined up soon backed out due to fear of being sued.

Because "20/20" is a TV show, the lack of on-camera interviews likely made it impossible for the newsmagazine to continue with its report. While newspapers such as the Times can put together solid stories simply by citing off-the-record sources or using past contestants’ previously published comments, TV newsmagazines generally need the visuals associated with on-camera interviews to proceed.

When those sources evaporated, "20/20" apparently decided it couldn’t go forward.

An ABC spokeswoman confirmed that the newsmagazine had been looking into "Loser" and that the show currently has no plans to air an investigation. She declined to discuss details of the investigation or the reasons why no report on "Loser" is currently scheduled.

The Times story also appeared to be impacted by the emails sent to past players. "Getting contestants to talk openly about the environment of the program is difficult," the Times noted.

Indeed, only one ex-player with concerns about "Loser" spoke to the paper for its article. That player, Ryan C. Benson, appeared during the first season of the show. The nondisclosure and media clauses of player contracts were significantly strengthened between the first and second seasons of the show, making it easier for season-one players to express their opinions.

Another player cited in the story, Kai Hibbard, made her complaints via online postings. Several other players interviewed for the story did so with the blessing of producers and NBC, and the one quoted by the Times had positive impressions of her time on the program.

Critics of reality shows will no doubt interpret producers’ and NBC’s attempts to control interviews with past players as an attempt to "silence" critics of "Loser."

But in fact, nondisclosure agreements are standard for most reality series and even some scripted shows. It’s not unheard of for producers of comedies or dramas to request that actors and crew members not reveal key plot details before an episode airs — though generally, most producers and networks have given up trying to prevent so-called "spoilers" from leaking out. (See accompanying article, "Baring the teeth in reality TV contracts")

What’s more, it’s understandable producers would want to control interviews with talent since they’re trying to protect a multimillion-dollar brand. Even outside of the reality space, in the real real world, employees at many companies with sensitive secrets are regularly asked to sign forms guaranteeing they won’t speak out about internal matters.

In the case of reality shows, there’s also the issue of disgruntled ex-contestants: More than a few of their complaints have turned out to be without merit, possibly attempts by publicity hungry ex-players looking to extend their moment in the spotlight.

"Loser," which ranks as one of the few big hits on NBC these days, airs its season finale Tuesday. Another season is already in the works, as is a spinoff series.