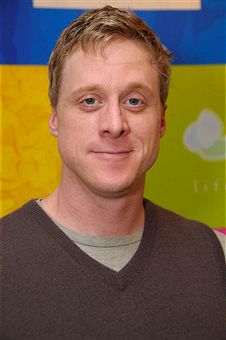 The studio is currently keeping Tudyk’s role in the sequel under wraps, as well as the film’s general plot.

A veteran of Joss Whedon’s TV series "Firefly" and "Dollhouse," Tudyk has also been featured in a recurring role on ABC’s "V" and recently starred opposite Dermot Mulroney in the pilot for NBC’s proposed remake of "The Rockford Files."

He has appeared on the bigscreen in "3:10 to Yuma," "Knocked Up" and "Dodgeball," and most recently toplined "Tucker & Dale vs. Evil," which won the Audience Award at this year’s SXSW Film Festival. Tudyk will next star opposite Michael Sheen and Maria Bello in Shawn Ku’s school shooting drama "Beautiful Boy."

Director Michael Bay plans to shoot "Transformers 3" at a variety of international locations including Africa, Moscow, China and of course, the U.S. The last two films in the blockbuster franchise have grossed over $1.5 billion worldwide. "Transformers 3" hits theaters July 1, 2011.

Tudyk is repped by The Gersh Agency and Thruline Entertainment.