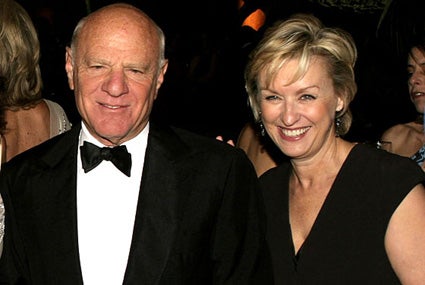 Diller and Brown on the town

The latest is Kate Aurthur, the television editor at the Los Angeles Times, who is leaving the paper for the Barry Diller-backed website.

Aurthur confirmed the news in an e-mail to TheWrap:

“I have no idea when any official announcement is going out, but yes, I’m leaving the L.A. Times to go to the Beast.”

She’s the latest in a string of editorial staffers to make a b-line for the Beast. Earlier this month, Mediabistro managing editor (and my former colleague) Rebecca Fox was named director of editorial development and operations for the site.

Lloyd Grove, former tabloid gossip columnist and most recently contributing editor for Portfolio, moved to the Beast after the Condé Nast magazine folded.

Aurthur had been with the L.A. Times since 2006. Before that, she served as an arts editor at the New York Times, writer at Vanity Fair and a columnist at New York magazine.

She will join Rebecca Dana, most recently of the Wall Street Journal, who recently signed on as a Beast columnist. (Dana, a veteran of the New York Observer, was once headed to the New York Times, but the job offer became blog fodder when she made a crack about one of her prospective future colleagues.)

Dana and Aurthur aren’t the only old media staffers being wooed by new media.

The L.A. Times’ Richard Rushfield, for instance, was recently poached by Gawker to become its West Coast editor.