Oprah may be leaving syndication, but "Wheel of Fortune" and "Jeopardy!" are now all but certain to continue through at least 2014.

That’s because the ABC-owned stations have reached a two-year renewal agreement with CBS Television Distribution that will keep the hit gameshow duo on the Disney TV stations through the 2013-14 TV season. 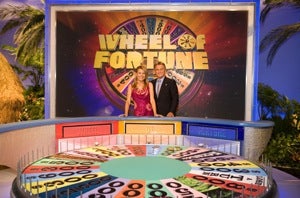 In addition, it’s understood that "Wheel" host Pat Sajak and "Jeopardy!" host Alec Trebek have also extended their agreements with Sony Pictures Television, which produces the game shows. CBS Television Distribution sells the show to stations across the country and broadcasters internationally.

CTD obviously also needs to renew "Wheel" and "Jeopardy!" to the many non-ABC stations which air the show, including outlets owned by Hearst-Argyle, Post-Newsweek and Sinclair. There’s buzz that CTD has already reached a deal with WVUE, the Fox affiliate in New Orleans.

But reaching a deal with the ABC-owned stations means CTD has cleared the biggest hurdle to renewing the show nationwide. CTD might wait until it has a larger percentage of the country cleared before it officially announces the renewal.

This was an important negotiation for CTD: It marked the first time since the passing of Roger King that the company has had to renew its "Wheel" and "Jeopardy!" contracts with the ABC stations. King and his brother founded King World Productions, which was sold to CBS and eventually folded into CBS Inc.

The terms of the new deal for "Wheel" and "Jeopardy!" weren’t immediately clear. Local stations have been pushing syndicators to lower license fees on those shows still able to get cash from stations.

But "Wheel" and "Jeopardy!" have remained solid Nielsen performers in many parts of the country. On WABC, for example, the shows regularly rank higher than any other broadcasts — including primetime fare. As a result, it’s possible CTD may have avoided any dramatic cuts to its fees.

Indeed, two people familiar with the agreement said that CTD did’t have to accept any cuts to its license fees.

A rep for CTD declined comment, while an ABC stations publicity rep, based in New York, couldn’t be immediately reached late Wednesday. A Sony rep also declined comment on the Sajak and Trebek renewals.