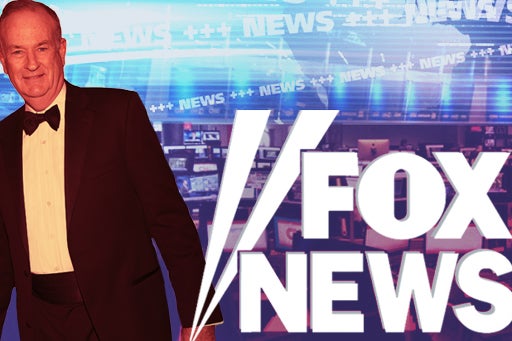 But almost a month after the New York Times first reported another Fox News sexual harassment scandal — one that last week brought down the network’s biggest star, Bill O’Reilly —  the company has yet to have a single company-wide meeting with its staff to discuss the accusations.

“It’s been radio silence,” a senior insider, who asked not to be named for fear of retribution, told TheWrap. “There’s been no acknowledgement to the staff in person.”

Another Fox News employee also said there have been no company meetings about the matter, telling TheWrap that “everyone is on guard now” in the newsroom.

Fox News would not confirm or deny whether it has held a company-wide meeting to address employees’ concerns. But the network said co-presidents Jack Abernethy and Bill Shine discussed O’Reilly’s departure during a recent morning editorial call that included representatives of all the bureaus, affiliate service Fox News Edge and show producers, among others.

A person with knowledge told TheWrap that the morning editorial call usually includes anywhere from 30 to 40 people, many of whom attend by phone.

Fox News executive vice president of human resources Kevin Lord did send a company-wide memo about the matter to Fox News employees on April 3, two days after the allegations first surfaced. And last week, Fox News chairman Rupert Murdoch sent another memo about O’Reilly’s exit, saying the company wanted to “underscore our consistent commitment to fostering a work environment built on the values of trust and respect.”

One human resources expert told TheWrap the situation was “appalling.”

“The first thing you should do is get all your staff on a call or an all-hands-on-deck meeting and explain your plan on how to deal with the issue,” said Kim Kane, HR manager at Any Baby Can, an Austin nonprofit.

Fox News insists it has made several changes since Ailes’ departure, including hiring Lord as its new head of HR and adding four new members to his team. The company also said “at least” 96 percent of all employees had completed sensitivity training.

Other changes include hiring the company’s first female CFO in its 20-year history and firing its comptroller, Judy Slater, who was accused of making racist remarks.

“That’s laughable,” Kane said about Fox News’ list of changes. “To say, ‘We hired a female CFO’ doesn’t necessarily mean someone will be less likely to be sexually harassed.”

Jay Budner, an HR expert who consults for companies on how to keep and cultivate top talent, told TheWrap he couldn’t “imagine not getting all the employees together and giving them an opportunity to voice their concerns or ask questions.”

Asked whether Fox’s response was appropriate, Budner said: “That’s too big a scandal for just one email. Come on!”

“Keeping good talent happy comes down to transparency and honesty,” he added.

The first Fox News insider believes the company’s handling of the O’Reilly scandal has been a disaster.

Even O’Reilly’s farewell has rubbed some employees the wrong way.

On the day O’Reilly was fired, the company simply scrubbed his name from the show’s title, as fill-in host Dana Perino gave the ousted host a hero’s sendoff, proclaiming O’Reilly “the undisputed king of cable news” and wishing him “the very best.”

“That’s your mandatory script,” the Fox insider said. “It was total bulls— from O’Reilly’s camp. It was insulting to the viewers.”

Also Read: Why Bill O'Reilly Could Be Off TV for a Long, Long Time: 'I Don't Think Anybody Would Hire Him'

A former female Fox News senior producer who worked for the network for several years said she wasn’t surprised that Fox News was caught in yet another sexual harassment scandal, describing a workplace environment where sexism was “rampant.”

“I’ve never had stuff like that at any other place I’ve ever worked for,” she said. “All I can tell you is that it was the worst place on Earth.”

When the accusations against O’Reilly first became public, representatives for 21st Century Fox pointed to the company’s anonymous hotline, insisting no employee had ever used it to make a complaint about the Fox News host.

But according to a recent New York Times report, Fox News staff members said they were unaware the company had such a hotline, and were not told about it even in sessions about sexual harassment.

“They’re getting to the point where they’re realizing they can’t just throw money at the problem,” the senior Fox staffer said. “I don’t think that people feel there’s a safe place for them to go.”