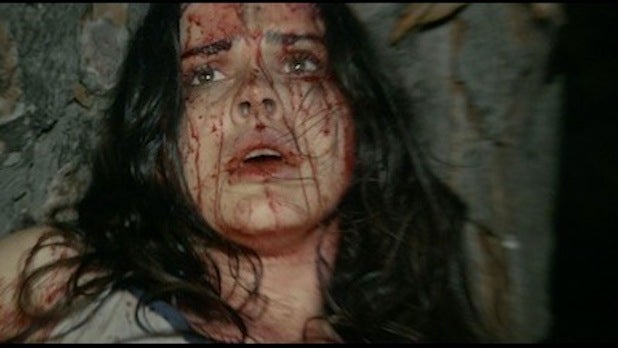 “The Exorcist” star Linda Blair will serve as the special host for the world premiere of Seth Grossman’s horror movie “Inner Demons,” which debuts at the Los Angeles Film Festival on Friday, June 13 at 10 p.m.

When the teenage daughter of a religious family transforms from A-student into heroin addict, her parents agree to allow a reality TV crew to stage an intervention and tape her recovery. What they don’t know is that she has been taking drugs to deal with the unnatural, evil feelings growing inside her. When she agrees to rehab, with no drugs to suppress what’s inside, the demon emerges.

Written by Glenn Gers, “Inner Demons” bills itself a clever reinvention of both the found-footage and possession genres that plays on our culture’s love of reality television — something Grossman is intimately familiar with, having served as a producer on “Intervention.”

Blair does not participate in these kind of events very often but she wants to support the film and the festival. The Oscar-nominated horror icon devotes most of her time to her charity, the Linda Blair Worldheart Foundation, which is dedicated to the humane treatment of animals and the protection of animal rights.